Should lottery winners be allowed to remain anonymous?

Just imagine this situation for a moment. You’ve checked your lottery tickets and discovered that you’ve won almost half a billion dollars. You’ve signed the ticket and are ready to go. What in the world would stop you at this point? That’s the issue facing one anonymous woman in New Hampshire right now. She’s got the valid winning ticket but wants the ability to receive her prize anonymously and not have her name announced for all to hear. (Washington Post)

The winning numbers triple-checked and the lottery ticket signed, the New Hampshire woman knew her life was about to change in a very positive way — except for one petrifying thing.

As the winner of last month’s $560 million Powerball, she would soon be the world’s newest owner of a nine-digit bank account.

But because of lottery rules, everyone in the world would know about it — neighbors, old high school friends, con artists, criminals.

Now the woman is asking a judge to let her keep the cash — and remain anonymous. In court documents obtained by NewHampshire.com, she is fittingly identified only as Jane Doe.

Jane Doe has a serious problem at this point because the law is not on her side. State laws require the names of lottery jackpot winners to be made public. Ms. Doe feels it violates her right to privacy and may endanger her life. This isn’t a unique problem for lottery winners. Unless you live in Delaware, Kansas, Maryland, North Dakota, Ohio or South Carolina, if you win the big prize, the state will publish your name.

My immediate, gut level reaction is to side with Jane Doe on this. Why shouldn’t people be allowed their privacy? It’s not illegal to win the lottery and how you handle your own finances (provided you’re not breaking the law) is your own business. If you land a new job with a great salary you’re not required to make that information public unless you work for the taxpayers. Also, as the WaPo article goes on to point out, there have actually been a significant number of jackpot winners who have been murdered in attempts to get their money. Others are blackmailed and virtually all of them are the targets of endless scammers and others seeking to separate them from their new riches.

The state has a definite, selfish motive for wanting to publicize the winners. It makes for great, free advertising to keep people playing. But they also make a case which is tough to argue with. If they never publish the names of the big winners and those people don’t come forward of their own accord, how does the public know that anyone is actually being paid and the whole thing isn’t a scam? Also, some of the people seeking anonymity may be doing so in order to hide out from debts which may be hanging over their heads.

This is one of those questions which may require a creative solution, assuming the states can be forced to accommodate the request. Perhaps some sort of independent commission which verifies the winners and keeps the names sealed but available if legal questions arise later? There’s definitely a public demand for such a solution. One poll conducted in New England a while back showed that the number one response to the question of what people would do if they won a massive jackpot was… keep it secret. 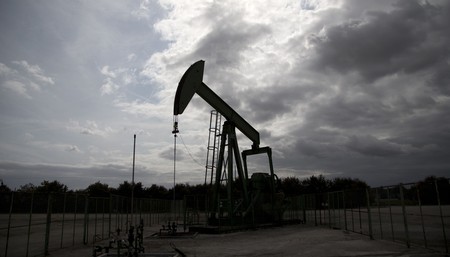