Video: It's confirmed. The killer robots are coming

There was a short film scheduled to be shown today at the United Nations Convention on Conventional Weapons. It was produced and presented by a group named the Campaign to Stop Killer Robots. (No… believe it or not that wasn’t a joke.) This slickly produced short was pretty much the opposite of what I was expecting, which was some sort of technical analysis of future scenarios involving artificial intelligence, drones and robots. It’s actually a docu-drama about future terrorist attack scenarios using tiny drones equipped with facial recognition, social media interfaces and… shaped explosive charges.

It ends with a brief summary from a professor of computer science who warns that there’s still time to avoid a future of autonomous killer robots wiping out humanity, but that window of opportunity is closing quickly.(The Independent UK)

In the video, autonomous weapons are used to carry out mass killings with frightening efficiency, while people struggle to work out how to combat them.

It also depicts swarms of smart drones, which are equipped with explosives and use facial recognition, GPS, voting and social media data to establish and pursue targets.

“[Artificial intelligence’s] potential to benefit humanity is enormous, even in defense,” says Stuart Russell, a professor of computer science at the University of Berkeley, at the end of the film.

“But allowing machines to choose to kill humans will be devastating to our security and freedom. Thousands of my fellow researchers agree. We have an opportunity to prevent the future you just saw, but the window to act is closing fast.”

Before going further, please feel free to check out this video. It’s roughly seven minutes long and you’ll need the sound on for it, but it’s shockingly well done, at least from a technical perspective. And come on, man… it’s got killer robots.

All jokes aside, I can see what these folks are driving at here. They aren’t discussing full blown terminator machines with a lot of futuristic technology which is still on the drawing boards in 2017. The “AI” in their drones isn’t really advanced at all. It’s collecting data based on an initial set of commands and then executing a program based on the results. Most of what’s in there is already available inside your phone and the drones themselves are already in production if not widely available. It’s kind of scary.

Normally I find myself warning you about the next real-world version of Robocop, but this technology is pretty much already with us, minus a few tweaks and some bits of miniaturization technology. So when the robots finally show up on your street, don’t say you weren’t warned.

Rand Paul to Fauci: You perjured yourself by claiming you didn't fund gain of function research in Wuhan
Allahpundit Jul 20, 2021 2:01 PM ET

Number of Americans with symptoms of Havana Syndrome reaches 200 after wave of attacks in Vienna
John Sexton Jul 20, 2021 1:25 PM ET

McCarthy's picks for the January 6 select committee are a blend of MAGA and Trump-wary
Allahpundit Jul 20, 2021 11:21 AM ET 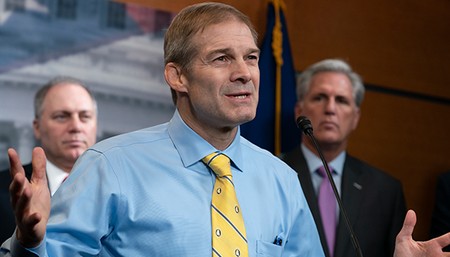