I bet you thought the Hillary Clinton email scandal was over

When the entire “inevitable first female president” train flew off the tracks in spectacular fashion last November there seemed to be a sense that the related stories of potential criminal investigations into Hillary Clinton’s handling of classified documents was going away as well. After all, hadn’t the FBI concluded that it was pretty much a done deal? (At least a couple of times as I recall.) It had become more of a campaign talking point than anything else, and with defeat having been snatched from the jaws of victory, couldn’t you all just let the poor woman be?

In the months since then it feels as if nobody has even been talking about it, with the exception of the occasional Tweet from the President when he wanted to criticize Jeff Sessions. But under the covers there was still a slow, grinding investigation taking place. Tens of thousands of documents had been turned over by the State Department and more of them kept popping up in unexpected places. As the Washington Times reported this weekend, the final chapter has yet to be written in this saga and additional classified material may still be coming to light.

The Hillary Clinton email fiasco isn’t ending anytime soon, with State Department officials saying they have no idea when they will finish sorting though and releasing the previously hidden messages.

The Trump administration doesn’t even know if it has hunted down every trace of the emails that Mrs. Clinton — a former first lady, U.S. senator, top diplomat and Democratic presidential nominee — sent from a secret email server stashed in her home…

This June, the FBI provided approximately 7,000 additional documents recovered from the laptop computer shared by top Clinton aide Huma Abedin and her husband, Anthony Weiner, whose habitual sexting cost him a seat in Congress, the mayoral election in New York and ultimately his marriage to Ms. Abedin.

So it’s been almost two months since all of the Carlos Danger material was turned over. A fair question is being raised here as to why it’s taking so long to go through everything. While the campaign was still going on there was a much greater sense of urgency (or so it seemed) and they processed considerably larger volumes last summer in a shorter period of time. Did they simply assign fewer people and resources to it once the election was over and the spotlight had moved elsewhere?

I suppose that’s one possibility. But here’s another thought to ponder. That entire Loretta Lynch story has been blowing up all over again this summer and it’s raised additional questions about how James Comey was handling the email investigation from the beginning. Now there are fresh sets of eyes at State, the DoJ and the FBI. Is it conceivable that they aren’t in quite as much of a hurry to put the entire story to rest as the Obama administration was?

That remains unknown for the time being. One thing we can count on, though, is that defenders of Clinton will label this an unnecessary distraction, a vindictive political witch hunt and everything else you would expect. But is it? If the questions about the former First Lady’s handling of classified material were valid in terms of criminal culpability last summer, are they any less so now that she’s exited the public stage? (For the most part, anyway.) The only thing we can probably count on for sure is that Clinton will be unlikely to get a presidential pardon any time soon if charges are still possible. 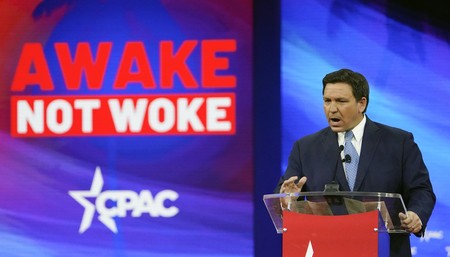 Zelensky delivered a 5 point Formula for Peace to the U.N. that begins with punishment
Karen Townsend 4:01 PM on September 22, 2022 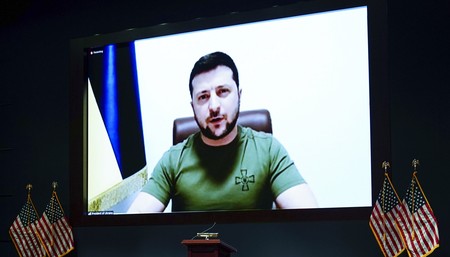