By this time, most you are likely aware of how dire the situation in Venezuela has become. Their tyrant, Nicolas Maduro, has reached the point where he recently seized the General Motors plant in his country. Protests against his regime have been boiling over across the country, with an unknown number of the unhappy citizens being killed. In response, Maduro promised to arm up to 400,000 “militia” members to keep them in line. But it might be that he’s beginning to see his control of the situation spinning off past the tipping point. This week Maduro struck a more conciliatory tone and suggested that he might be willing to meet with leaders of the opposition for talks to see if some compromise can be reached. (BBC)

Venezuela’s President Nicolas Maduro has called for talks to resume with the opposition.

He also said he wanted local elections to take place.

His comments came as another large demonstration is planned for Monday after three weeks of tense protests across the country.

Demonstrators have been calling for presidential elections due next year to be brought forward and for President Maduro to step down.

Absent any knowledge of recent history this might be seen as a very positive and promising development. After all, any sane person would rather see some sort of democratic negotiations leading to either improved circumstances for the Venezuelan people under Maduro or a peaceful transition of power if such an accord could not be reached. The problem is that the president doesn’t have much in the way of credibility in the eyes of the opposition party or the starving people out in the streets.

And why should they trust him? When he previously called for talks last year it turned out to be precisely what they are fearing now… a stalling maneuver to give Maduro more time to move against them. Rather than any reforms or new elections, what the people got was the gutting of the legislature by Maduro’s hand picked judges on the nation’s highest court, indefinitely postponed elections and a worsening crisis in both the value of their currency and the lack of food and basic medical care.

And take a look at what Maduro is suggesting he might offer this time. He’s saying he’s open to having new elections this year, but he’s only talking about mayoral elections in the cities and regional legislature races. He’s not even suggesting that he himself might stand against the wheel for a fresh vote. What good will even mayors and legislators from the opposition groups do for the people if any decisions they make are simply swept away by the pen of the dictator and the guns of his militias?

If the rebelling citizens and their opposition party representatives fall for any sort of deal which doesn’t involve new presidential elections and stand down, it’s hard to imagine that we’ll see anything but more of the same. The longer the people continue to go hungry and lack basic services, the more likely they will be ready to take to the streets again. But by that time, Maduro will have had even longer to arm up his loyalists troops and prepare for some serious carnage. The headlines make this most recent development sound like a step in the right direction and I’m still praying a peaceful resolution can be found, but color me skeptical at best. 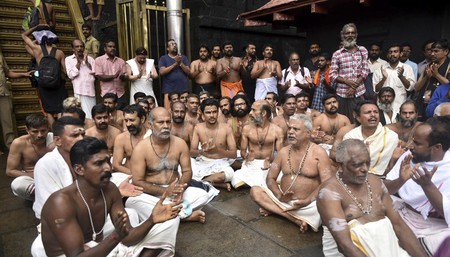 Journalist: Trump Supporters Are the Most Dangerous Animals I've Ever Covered
Townhall
Here's a savage thread by Tom Elliott on why citizens should be pro-defunding the FBI
Twitchy
Trump Takes His Troll Game to Another Level, Starts Endorsing Democrats
Redstate
BOMBSHELL: Outing of Trump Raid 'Leaker' Shatters FBI Document Excuse, Now All Eyes Are on Affidavit Hearing
PJ Media