The New York primary kicks off in less than 48 hours, but looming on the horizon beyond that is California. Unlikely as it may sound for any conservative, the folks in the #NeverTrump camp may still wind up making their last stand on the Left Coast and they’ll need to stop The Donald from taking a significantly larger portion of the Golden State’s delegates to do it. How’s that working out so far? At the beginning of the month at least one poll had the race looking a bit tighter than it had been, with Ted Cruz closing to within single digits. There were some others with a more lopsided look to them so I wondered at the time if that one might be an outlier. CBS has some fresh numbers out today which tend to support that theory and show the Manhattan businessman with an even wider lead, closing in on a majority.

If there’s going to be a contested convention, it looks like it will be decided in California.

Whether that convention is wide open or not likely comes down to California, the last, largest remaining state to vote, on June 7. There, Trump leads Cruz and Kasich as the CBS News Battleground Tracker begins looking at the contest, 49 percent to 31 percent for Cruz and 16 percent for Kasich. At the race’s current pace, Trump would need a sizable win there — as well as strong performances in between — to clinch the nomination outright.

There are several steps in the process before that, of course. As I mentioned at the top, Trump needs to nearly sweep New York to keep a clear path to 1,237 in play. He’ll need to not only win the overall statewide vote, but take first place in most (if not all) of the congressional districts. Today’s numbers indicate that if he doesn’t get a clean sweep on Tuesday it might not be far from it because Trump is still lapping the field. And with the way the Empire State breaks down their delegate allocation, Ted Cruz is in danger of seeing a third place finish in a two man race.

Donald Trump heads into his home-state primary of New York with a large edge over Ted Cruz and John Kasich, 54 percent to 21 percent and 19 percent respectively. The lead, if it holds Tuesday night, would net him the bulk of the state’s delegates and put him back on a path — albeit a narrow one — to the 1,237 needed for nomination.

There’s one other big chunk of delegates coming up for grabs next door in the Keystone State, but while the numbers look remarkably similar, it may not do Trump any good.

Trump also has a sizable lead in Pennsylvania, which votes next week, with 46 percent as Cruz and Kasich vie for second at 26 percent and 23 percent respectively, although many of Pennsylvania’s delegates won’t be bound by the results of the contest.

Trump is holding a daunting 20 point lead there, but Pennsylvania is another state where the majority of their delegates will be free to ignore the decision of the voters and the Cruz people have been hard at work there trying to get the party insiders on his team. Personally, I’ll be watching the outcome in Pennsylvania far more closely than Indiana, which is seen as more favorable to Cruz and critical to his chances of stopping Trump. We’ve heard public comments from a number of potential Pennsylvania delegates indicating that they will still go with the decision of the voters in their districts. Up until now most analysts seem to have been assuming that Trump will largely be shut out of Pennsylvania delegates since the voters don’t get to make a binding decision, but if that turns around in Trump’s favor, his path to 1,237 would start looking a lot more realistic, particularly if that near 50% number in California holds. 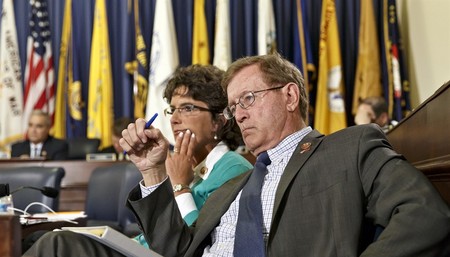