Oh, by the way... most airports don't screen employees arriving at work

Planning on flying anywhere in the near future? Just in case you’re one of those smug people who don’t get nervous about taking a plane, allow me to give you at least one reason to join in on the apprehension felt by many of your fellow travelers. The head of the TSA has confirmed that at nearly any airport you visit around the United States today, the hundreds or thousands of employees bustling back and forth around the facility were not screened on their way inside the fence that morning. (Fox News)

The head of the Transportation Security Administration appeared to acknowledge in a recent Capitol Hill hearing that only three U.S. airports require employees to go through screening checks before coming to work, even after reports surfaced that dozens of airport workers have potential terror ties.

TSA Administrator Robert Neffenger was asked about the checks at a Senate Committee on Commerce, Science and Transportation hearing on Wednesday.

Sen. Bill Nelson, D-Fla., said only Miami, Atlanta and Orlando require staff to undergo badge checks and screening, and asked: “What about the rest of the 297 airports?”

Neffenger, not disputing Nelson’s characterization, acknowledged he had “exactly the same question,” while saying they’re in the process of improving security.

Now I’m sure most of you aren’t panicking over this revelation. After all, we’re not talking about random, sketchy people with suspicious bulges around their waist zooming past security and hanging out near your plane. These are the employees who work there. They’re okay, right?

Well… probably. But our own intelligence agencies say they’re not quite sure about all of them.

The revelation comes shortly after a dozen employees at three U.S. airports were identified as having potential ties to terrorists, according to Freedom of Information Act requests filed by FOX 25’s Washington Bureau.

But those 12 workers are just a fraction of 73 private employees at airports across the nation flagged for potential ties to terror in a June 2015 report from the Homeland Security Inspector General’s Office.

Last summer it was revealed that a group of employee’s at Atlanta’s major airport were running a gun smuggling operation. Another one in Arizona was fencing expensive jewelry heisted from a traveler. One of the guys working security at Newark for twenty years was discovered to be an illegal alien.

So… would it really take that much longer to take the train? Maybe. But think of all the wonderful scenery you’ll see on the way and the work you can get done. Plus the seats are always larger and on the newer ones there are outlets to run your laptop and recharge your phone. And if that’s not enough for you, consider this: On May 12th of last year, outside of Philadelphia, Pa. an Amtrak Northeast Regional train on the way to New York City was doing more than 100 mph going around a corner rated for 50 mph. The resulting crash was one of the worst the region had ever seen and large sections of the train were little more than piles of twisted metal. Of nearly 300 people on board only 8 were killed. The survival rate is pretty spectacular compared to any plane that comes down from a significant height.

But don’t let me worry you. Enjoy your flight. 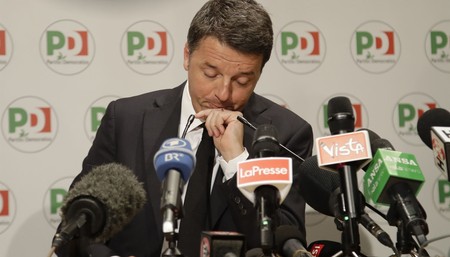