Having just completed what was almost uniformly a thumbs up off year election, there are plenty of conservatives and Republicans taking a well deserved victory lap. Notable in that observation is the fact that this wasn’t even a mid-term election… it was an odd numbered year. These are typically the lowest turnout days at the polls in any four year cycle and all manner of unexpected things can happen. In this case, those things generally happened for Republicans and to Democrats. The Kentucky Governor’s race was only the most high profile among many lesser heralded victories, some of which we covered here yesterday.

Our own Guy Benson chimed in on this at Town Hall with some accurate observations on the present and hints of goodness to come in the future.

Oops. Matt Bevin ran as an unflinching opponent of the promise-shattering, cost-increasing law, and pounded Beshear’s would-be successor into dust. Democrats reacted by chalking their loss up to the “unexpected headwinds of Trump-mania,” a hilarious piece of trolling. Also swept away by the anti-Obama current was a Democratic “rising star” seen by many as a viable challenger to Sen. Rand Paul. Oops, again. Bevin becomes just the second Republican governor of Kentucky in approximately four decades. His Lieutenant Governor, Jenean Hampton, is the first non-white politician ever elected to statewide office. A black woman. Elected by Republicans. With Bevin’s victory, Republicans are now set to control 32 governorships, compared to Democrats’ 17 (Alaska’s independent governor was opposed by Republicans, but endorsed by Sarah Palin). Barack Obama has proven quite adept at getting himself elected, but has acted as a one-man wrecking ball to his party’s electoral performance across all levels of government.

Our friend Andrew Malcolm, writing at Investors.com, chimed in with a similarly sunny disposition.

But, boy oh boy, has Obama devastated the Democrat Party. As Tuesday’s off-year election results revealed across the country, it will take those folks years to recover, while Obama makes millions off his next ghost-written books.

Yes, indeed, the Me-First President did win a second term, albeit with five million fewer votes than his first. As the Obama countdown clock winds through the last 441 days of his 2,922 total, let us count the blessings this Chicago Democrat has bestowed on Republicans:

— An impressive string of off-year election wins beginning with an historic 2010 rout of Democrats, awarding House control to the GOP after the rushed ObamaCare passage, right through Tuesday’s sad showings cross-country.

There’s plenty more to read at both links and I’m not knocking the positive outlook brimming among our ranks. At the same time, however, I think it’s worth noting the way these elections play out, particularly in terms of post-2006 GOP performance in off years versus presidential cycles. It’s not 100% tied to turnout, but it can’t be denied that GOTV plays a bigger factor in low traffic elections as one of my liberal correspondents on Twitter noted with great despair on Tuesday night.

Good night, folks. 28% turnout for a gubernatorial race is a GOP blowout every time https://t.co/OzkGrhznct

Rather than focusing on the raw numbers of voters who trudged to the polls (to vote for village council members, mayors, special elections and school board reps in most cases) we might want to take a moment and consider why the GOP seems to do better in these off year races. If we were to take this as some sort of basic math problem examined in a vacuum, the results should not – in theory – change that much from year to year. If 1,000 Republicans voted in your town in 2012 and 1,100 Democrats showed up, then this year you’d expect to see 250 Republicans and 260 Democrats. (Give or take.) But that’s not how it seems to work out in most places. Counties that went for Obama by a fair margin three years ago turned in sizable margins in favor of Republican candidates and it wasn’t just in Kentucky. So what explains that?

The problem – if there is one – is that conservatives and liberals treat elections the same way they prefer their theory of government. Conservatives tend to prefer bottom up government where power accrues at the local and state level where the voter has the maximum impact on the elected officials. Liberals prefer a big, powerful, far away government that can exert broad power over everyone without having to deal with the nitty gritty details at home. This is the same model we see in electioneering. The GOP tends to drive their base out every year, not just every four years. They get involved at the local level and roust out their voters even if only a handful of people show up at any given precinct.

The Democrats seem to ignore that for all but the big ticket, presidential campaigns. They pay attention to the Big Show and really only rouse up their base when the national title is on the line. For three years they don’t much notice the school board or who controls the state senate. Then, when the quadrennial circus kicks off they blow all their money on national ads which scream out the same message:

“They’re coming to take away your abortions, lock up Teh Gayz and give the cops grenade launchers to fire into Harlem!!!11!!”

And with that, they rush hordes of people the polls who then promptly forget about politics and governance for the next 45 months. History has shown us that it makes a big difference. The Democrats have taken (albeit narrowly) the popular vote in four of the last five presidential elections. Further, their flock doesn’t do a lot of ticket splitting. They look for the “D” at the top of the ticket and then just fill in the rest of them below it. The GOP’s voters seem to be a lot more selective and will switch out or just skip some lower level races if they don’t like the candidates. We saw that again in Kentucky on Tuesday when the Dems actually took a number of lower level races while still delivering a resounding victory for Bevin.

So this might give us a clue for the future. We spend a lot of time talking about the importance of motivating the grassroots and getting engaged at the local level. And to be sure, that’s vital. The GOP is already good at the bottom up game, but doesn’t seem to be quite so good at the top down one. Romney ran a fairly disastrous campaign last time around and the rest of the ticket suffered for it. That’s the mistake the Republicans need to avoid next year. Holding all of those state legislatures and governor’s mansions is critical and there’s no doubt about it. But we have to get a bit better at the big show as well. 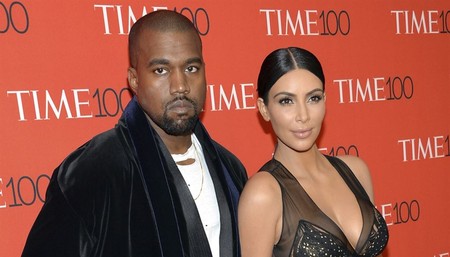 Trump adviser on the Ye/Fuentes dinner at Mar-a-Lago: 'The master troll got trolled'
John Sexton 7:00 PM on November 29, 2022

Why the 'Power Grab' Case That's Heading to the Supreme Court Could Give the Left Fits
Townhall
Alrighty then: Jim Carrey is leaving Twitter … we say goodbye with some Jim Carrey movie quotes
Twitchy
Biden COVID 'Lead' Inadvertently Says the Quiet Part out Loud on Censorship
Redstate
4 Reasons Police Haven't Arrested or Named a Suspect in the Idaho 4 Murders
PJ Media