Google may be the sole remaining superpower

I always knew Google was big, but I suppose I wasn’t quite getting exactly how big they have become. It seems like they are now at a level of big which was best described by Douglas Adams in the Hitchhiker’s Guide. Really big. You just won’t believe how vastly, hugely, mindbogglingly big it is. And that wouldn’t be so bad if they were just another hyper-successful company out there making vast amounts of money by delivering popular products and services, but they seem to be in the business of government now. Or at least that’s the impression one gets from reading Kyle Smith’s analysis in the New York Post.

A former Google officer is the president’s chief technology adviser. Google employees contributed more to President Obama’s re-election than did employees of any other company except Microsoft. Google lobbyists met with Obama White House officials 230 times. By comparison, lobbyists from rival Comcast have been admitted to the inner sanctum a mere 20 or so times in the same period.

Oh, and on Election Night 2012, guess where Google executive chairman Eric Schmidt was? Working for the president. In the president’s campaign office. On a voter-turnout system designed to help the president get re-elected.

Obama lieutenant David Plouffe boasts: “On Election Night [Schmidt] was in our boiler room in Chicago,” he told Bloomberg News, in a story that revealed that for the campaign Schmidt “helped recruit talent, choose technology and coach the campaign manager, Jim Messina, on the finer points of leading a large organization.”

Google certainly seems to be getting a payoff on their investments, albeit in an at least mostly legal fashion. They wanted the Net Neutrality bill passed, and so it was. But beyond that, on the eve of the final draft of an FTC report on the proposal, there was apparently a mysterious change inserted.

Right before the FCC report was due, but before it was made public, the FCC pulled another odd reversal, removing 15 pages of policy Google apparently found out about but didn’t like.

FCC Commissioner Ajit Pai said that the changes came about after “a last-minute submission from a major California based company.” I wonder which company he’s talking about. In-N-Out Burger?

The FTC has also conveniently ignored numerous complaints from other businesses who charge that Google buries their companies in their search results. And the failure to take action came after one of their own reports which confirmed that Google was manipulating their results in a biased fashion. That’s a very handy bit of power to have when you control more than two thirds of the search market, while claiming that you are facing stiff competition.

The question for voters who are watching the ongoing regulation battles should come when you compare the two different stories above. You have a company which is clearly in bed with the Obama administration in particular and the Democrats in general. And you also have a track record which indicates that they’re not shy about manipulating their search results when it works to their favor. How much faith should you then have that they are delivering news results or political analysis about various candidates and issue oriented questions in a consistent, agnostic fashion?

As you ponder that question, consider the following: when the aforementioned FTC investigation of Google’s search manipulation practices was taking place, Google allegedly manipulated their Google News search results about the investigation. That’s some hard core, meta-manipulation right there. You almost have to admire the breathtaking nature of the audacity it requires.

But what do you do about it in an open, capitalist society? There is no remedy to be found from the invisible hand of the market, at least in the short term. None of this is a secret and Google is still growing by leaps and bounds, delivering the goods that people want. (As I’ve noted before, I’m nearly entirely on Google.) So what’s left? The only other option is a retreat to government regulation, a choice which rarely sits well with conservatives. So maybe Google has broken the code and figured out how to be the sole superpower after all. 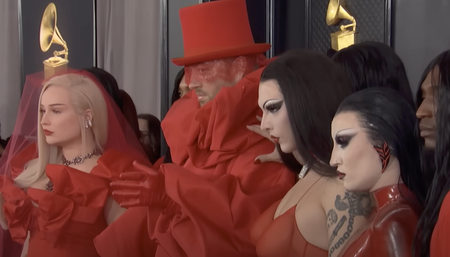 Count Out Trump at Your Peril
Townhall
HUME-ILIATED: Brit Hume points out ABSURDITY of climate change crisis in 7 words, deadpan snark
Twitchy
Joe Biden Shows Off His Notes for the State of the Union and Perhaps He Shouldn't Have
Redstate
MIDDLE EAST EARTHQUAKE: 'An Emergency Within an Emergency'
PJ Media