Do you remember peaceful protester Joshua Williams from the endless media coverage of the riots in Ferguson? National Review reminds us of how he became a media darling on MSNBC and CNN.

The charismatic teenager was one of Ferguson’s most recognizable protesters. Once the summer protests began, protestors and reporters alike found themselves transfixed by Williams’s emotional demonstrations. Sometimes he cried, sometimes he screamed, and sometimes he confronted police in a way designed to get a response. As high-profile African Americans flocked to Ferguson, Williams somehow found himself at their side: When former Princeton University professor Cornel West arrived, there was Williams, shoulder-to-shoulder with him. “I don’t know how he ended up arm-in-arm with Cornel West, but . . . for as much as Josh was holding on to West, Cornel West there, West was holding onto Josh as well and talking with Josh,” says David Carson, the St. Louis Post-Dispatch photographer who captured the two marching together. “So it wasn’t like it was a one-way thing.”

Well, Williams is back in the news yet again, but not for the reasons he likely wanted to see.

One of the most frequently quoted and photographed Ferguson protesters was charged Saturday with setting fire to a Berkeley convenience store last week.

St. Louis County police arrested Joshua Williams, 19, of St. Louis, on Friday after several local media outlets and store surveillance captured images of him trying to set a pile of wood on fire outside the QuikTrip on North Hanley Road early Wednesday.

Williams confessed to setting fires at the store in a videotaped interview, according to court documents.

Police say Williams entered the QuikTrip shortly after looters shattered its glass doors during protests of the death of Antonio Martin, 18, who a police officer had shot earlier at the Mobil station across the street. Surveillance footage from the Mobil store shows Martin point what police say is a gun at a Berkeley officer before the officer fatally shoots him.

Williams can be seen in videos both inside and outside the looted QuikTrip, authorities said.

Williams wanted to be the face of the “peaceful protesters” surrounding the events in Ferguson and Berkeley. And now he is. Joshua was more than happy to show up anywhere there was a camera and chastise everyone about how they shouldn’t lump the evil actions of “a few bad actors” in with all of the people taking to the streets to foment anti-cop sentiments. They were just there to look for justice, according to Williams. And anyone who said otherwise was a racist.

Odd, isn’t it, how when he thought the cameras were off he was out there with a pile of kindling ready to set fire to a business? Even more notable is the fact that one of the chief spokespersons for the movement which insists they are only after the few “bad cops” who do the wrong thing, he’s torching a store over a case where the suspect was caught on film from multiple angles sticking a Luger in the face of a police officer who was doing nothing but talking to him at that point.

Yes, this is the face of the anti-cop protests. And now that face is in a mug shot for arson. Well done, sir. 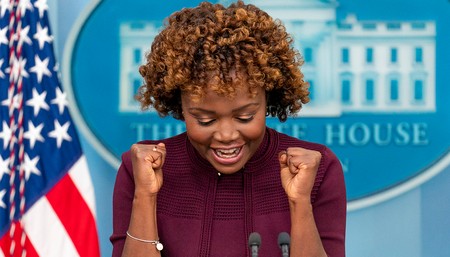