Video: The knockout game seems to be alive and well

One of the running points of contention in the ongoing battle between the Left and Right media concerns the Knockout Game. But the questions, oddly enough, frequently don’t center on who is doing it or what should be done about, but rather whether or not it even exists. I have seen far too many liberal opinionators going forth, particularly on Twitter, and insisting that this is largely a non-issue, and mostly some propaganda dreamed up by conservatives to libel minorities. They might want to have a word with Jannatul Ferdous.

A pregnant woman was sucker-punched in the back of the head Thursday afternoon — and may be the latest victim of the creepy “knockout game,” law enforcement sources said.

Jannatul Ferdous, a 34-year-old Brooklyn resident who is six months pregnant, was walking down a sidewalk in Bedford-Stuyvesant alongside her sister when Willie Stephens, 33, allegedly sneaked up behind her and socked her in the head around 3:45 p.m. Thursday, sources said.

Ferdous was knocked unconscious during the sudden attack, but neither she nor her child was critically injured.

The video quality isn’t great, you’ll have to admit, coming from a security camera a few houses away. But it’s good enough to serve as a picture serving better than a thousand words.

The woman in question is very pregnant from the picture provided. It’s rather amazing that neither she nor the baby was seriously injured.

So is this still some conservative fantasy? The victim in this case wasn’t even white, but just as much in danger as any other unwilling participant in this “game.” This comes on top of reports of similar incidents down in Ferguson, of all places. But unlike large scale mayhem or robberies where lots of physical evidence might be found, these attacks appear to be largely spontaneous, opportunistic crimes of the moment. Much harder to prevent and difficult to trace unless you’re lucky enough to have a camera running somewhere nearby. 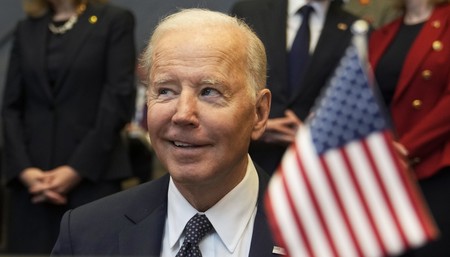