To start off, I wasn’t even aware that this was a service being offered. There are apparently people out there who, for a fee, will train you on how to beat a polygraph test. Since one potential pool of clients for such services might include those interested in applying for sensitive intelligence jobs with the federal government, Uncle Sam won’t be having any of that.

Federal agents have launched a criminal investigation of instructors who claim they can teach job applicants how to pass lie detector tests as part of the Obama administration’s unprecedented crackdown on security violators and leakers.

The criminal inquiry, which hasn’t been acknowledged publicly, is aimed at discouraging criminals and spies from infiltrating the U.S. government by using the polygraph-beating techniques, which are said to include controlled breathing, muscle tensing, tongue biting and mental arithmetic.

So far, authorities have targeted at least two instructors, one of whom has pleaded guilty to federal charges, several people familiar with the investigation told McClatchy. Investigators confiscated business records from the two men, which included the names of as many as 5,000 people who’d sought polygraph-beating advice. U.S. agencies have determined that at least 20 of them applied for government and federal contracting jobs, and at least half of that group was hired, including by the National Security Agency.

Reading through all of the McClatchy report, it sounds like a blanket criminalization of the teaching process is on sketchy ground at best. Insty has this to say.

This is a disgrace. First, it’s a clear First Amendment violation. Second “lie detectors” are bits of lame pseudoscience that don’t work anyway. The feds’ heavy reliance on them in security cases is just further evidence of their incompetence and unseriousness here. Also, if you read the creative charges the feds are using here, it’s just more evidence that we need to rein in prosecutorial discretion.

I’m not entirely sure about the applications of the First Amendment here, though it has a long tradition of being applied to many things which aren’t immediately obvious as “speech” in our society. But jumping in to begin investigating – and presumably shutting down – a business which teaches people how to control their body functions during a test sounds like it’s way over the line.

There may be one exception to this, though, which McClatchy allows, but it wouldn’t deal with the general area of teaching these methods. If it can be definitively shown that the instructors knew information which would be instrumental to a federal case and not only failed to report it, but actively helped somebody else to conceal that information, then there might be a case to be made.

But instructors may be prosecuted if they know that the people they’re teaching plan to lie about crimes during federal polygraphs, he said.

In that scenario, prosecutors may pursue charges of false statements, wire fraud, obstructing an agency proceeding and “misprision of felony,” which is defined as having knowledge of serious criminal conduct and attempting to conceal it.

“When that conspiracy occurs, both parties are guilty,” said Schwartz, a veteran federal polygrapher who heads Customs’ polygraph program. “And it makes more sense to me to try to investigate the party that’s doing the training because when you do that, you eliminate dozens or hundreds or thousands of people . . . from getting that training.”

As I said, I suppose I can see that, but you’d need some awfully conclusive proof that the instructor was in on the specifics of the information being hidden. In general terms, though, if somebody simply walks into the office and says they want to learn how to confuse a set of polygraph results, it strikes me as an outrageous overreach of governmental power to simply start shutting down or locking up the instructors.

NIH quashed study because it wouldn't show what they wanted.
David Strom 6:41 PM on February 02, 2023 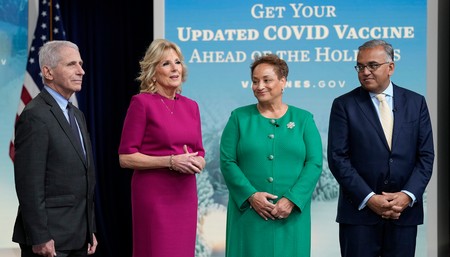 Kevin McCarthy Goes Scorched Earth After Dems Protest Ilhan Omar's Committee Removal
Townhall
How would you feel if you saw this woman open-carrying at the grocery store?
Twitchy
Disgraced Liar Dan Rather Takes Race-Baiting Cheap Shot at DeSantis, Gets Exactly What He Deserves in Return
Redstate
Was It Personal? Authorities Investigating Rumor That Tyre Nichols Was in a Relationship With Officer's Ex
PJ Media