Venezuelan official: John Kerry is a "murderer" and these protests are pretty much all his fault

The death toll in Venezuela is now up to at least 28, with hundreds more injured and arrested — and you might think that these deaths have been the result of the government sending armed forces as well as  vigilantes into the ongoing month of heavy protests that have fomented as the result of rampant inflation, pernicious crime rates, shortages of even the most basic food staples, and the socialist government’s general inability to engender social harmony and widespread prosperity, despite the country’s massive oil reserves.

But you, comrade, would be mistaken. Via Reuters:

… In the sternest words during the crisis from Washington, Kerry said on Thursday the Venezuela government was using a “terror campaign” to repress its own citizens.

“Every time we’re about to isolate and reduce the violence, Mr. Kerry comes out with a declaration and immediately the street protests are activated,” Foreign Minister Elias Jaua said in a speech carried on state TV.

“Mr. Kerry, we denounce to the whole world, you encourage the violence in Venezuela … We denounce you as a murderer of the Venezuelan people.” …

“In Guatemala, you said to me ‘you have to lower the tone’,” Jaua added in his speech. “We are not going to lower the tone to any empire until you order your lackeys in Venezuela to cease the violence against the people.”

Yes — I’m sure it has everything to do with the Obama administration making true statements, and nothing at all to do with the fact that Venezuelans have to stand for hours in line to get their government-allowed rations of flour and cooking oil at the local supermarket. 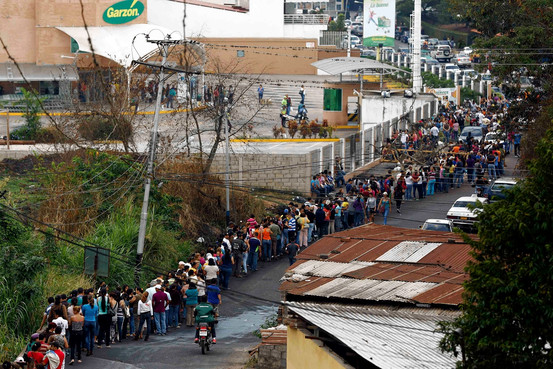 Khanna: Twitter's viewpoint suppression may be good for fellow Democrats, but it's bad for democracy -- and needs to stop
Ed Morrissey 2:01 PM on December 06, 2022

Biden: "There's more important things going on" than the border disaster -- like my self-promotion
Ed Morrissey 11:31 AM on December 06, 2022

The GOP Seems Poised to Be Suckered into Another Trap
Townhall
Michael Shellenberger's BRUTAL FTX thread BRINGS the receipts and shows all roads lead back to Dems
Twitchy
January 6th Committee Announces Criminal Referrals, and Donald Trump Is in Trouble
Redstate
Buried in the 'Bipartisan' Immigration Bill Is an INSANE Provision That Republicans Have No Business Supporting
PJ Media