Terry McAuliffe suddenly all about the offshore drilling in Virginia

The commonwealth of Virginia has a lot to gain from offshore oil and gas drilling, and way back when, the Obama administration was all set to allow Virginians access to their own natural resources — but then the BP oil spill happened, and the Interior Department put the whole idea on lock down. The White House backed off their permitting plans for the eastern seaboard, and Interior’s current 2012-2017 lease sale program only includes the Gulf of Mexico and Alaska later on. Virginia’s politicians, however, have had just about enough of the shutout, and the state’s two (Democratic!) senators are pushing new legislation that would get things moving again, via The Hill:

Virginia’s Democratic Senate duo is at odds with President Obama over offshore oil and gas drilling.

They’re pushing a new bill to open their state’s coastline to leasing, which would upend Interior Department plans that keep the Atlantic Coast off-limits until 2017 at the earliest.

Sen. Mark Warner (D-Va.) has introduced legislation in the past to allow drilling off his state’s coast, and now freshman Sen. Tim Kaine (D-Va.) is on board as well.

“Virginia is well positioned to be a national leader in offshore energy exploration. A comprehensive energy strategy – including oil, gas, wind, solar, tidal and other areas – can transition us to a clean energy future while bridging that transition with secure U.S. fuels we don’t have to import,” Kaine said in a statement about their new bill.

As Jazz pointed out over the weekend, the Terry McAuliffe of yesteryear was pretty vociferous in his limited support of exploratory drilling for natural gas only and not at all for oil, but offshore drilling would be such a boon for jobs and economic growth in Virginia that opposing the plan is kind of a political nonstarter — a fact to which present-day Democratic gubernatorial candidate Terry McAuliffe seems to be quickly cottoning on. From WaPo:

Democratic gubernatorial candidate Terry McAuliffe now supports exploring for oil off the coast of Virginia, reversing his position on an issue that both sides of the debate consider to be crucial to the commonwealth’s long-term energy future. …

“Terry has learned more about offshore drilling from experts in Virginia,” said McAuliffe spokesman Josh Schwerin. “He thinks that because of technological progress we can now do it in a responsible fashion.”

McAuliffe’s change of heart means he supports legislation introduced Wednesday by Virginia Sens. Mark Warner (D) and Timothy M. Kaine (D) that would allow oil and gas exploration off the coast of Virginia, with the state keeping a portion of any revenue generated. Rep. Scott Rigell (R-Va.) has introduced a slightly different version of the bill in the House.

Mm hmm. It’s no good for McAuliffe to hold out on energy issues that Virginia’s voters by and large support, and at the last count, McAuliffe and Republican state Attorney General Ken Cuccinelli were pretty much neck-and-neck. If I had to make a wager at this point, I would have given the edge to Cuccinelli, but Sean Trende at RCP wonders if things might start shaping up a little differently:

But the results of the recent Republican Party convention give me some pause. The Republican lieutenant governor nominee is an African-American minister from Chesapeake with a military background. He is a strong speaker and, on paper, seems like a perfect complement for the ticket.

The downside of conventions, however, is that candidates don’t get fully vetted. It wasn’t until afterward that Jackson’s history of controversial statements (comparing gays to pedophiles and declaring that Planned Parenthood had killed more African-Americans than the KKK) came to light. This might resonate somewhat in rural areas (though I’m not completely certain of even that), but it will be off-putting to exactly the type of voters Cuccinelli has to worry about. …

Put differently, this is the opposite of a balanced ticket. Jackson’s candidacy amplifies Cuccinelli’s weaknesses, will likely provide distractions down the road, and offers the prospect of endless fodder for television ads against what will quickly become the Cuccinelli-Jackson ticket. This just might be enough to convince Democrats to crawl over broken glass if necessary to vote for Democrats this November. For now, I think something like this scenario is the most likely one, albeit by a hair.

As Trende says, of course, there is “still a lot of baseball to be played.” 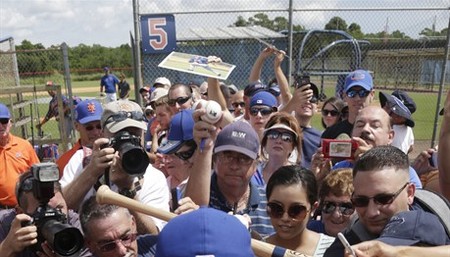 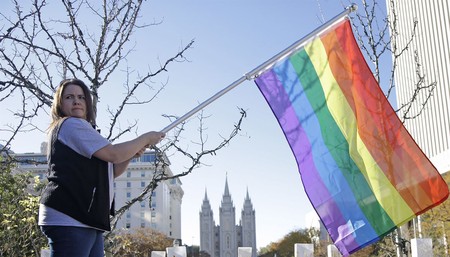 Lawrence Livermore lab study last May concluded lab-leak theory was plausible -- based on the virus's genome
Allahpundit Jun 08, 2021 11:27 AM ET

A Scandal is Brewing at the IRS
Townhall
Sen. Tom Cotton gets Lockheed Martin CEO to make some pretty damning admissions about 'White Man's Caucus' diversity training program
Twitchy
Guatemalan President Places Blame for the Border Crisis Right Where It Belongs With an Assist from Ted Cruz
Redstate
We Finally Found the Russian Collusion! (It's in the Oval Office Right Now)
PJ Media