The corporation-less Democratic convention that wasn't

We already knew that the Democrats’ grandiose and contumelious hype about being the first convention in history to be funded entirely by “the people” and not accepting any donations from lobbyists, PACs, or corporations, was just a bunch of populism-fueled horse hockey. Now, the final confirmation of the convention’s Corporate Distaste In Name Only:

The Democratic National Committee has no plans to repay Duke Energy for an unprecedented $10 million line of credit it guaranteed to help the Democratic convention’s local host committee put on President Obama’s three-day nominating convention in Charlotte, N.C., last September.

A Duke company official said the company was claiming the money as a business expense for tax purposes, meaning shareholders will foot $6 million of the cost, according to a report in the Charlotte Observer.

The large loan and the secrecy surrounding it have government watchdog groups deeply concerned. They say the arrangement raises serious conflict-of-interest issues for Mr. Obama and challenges his claim to be committed to disclosure and transparency.

Since guaranteeing the loan, “Duke Energy previously had refused to disclose the payment terms or when it would come due.” Hmm, could that possibly be because they never really had any intention of the money being  merely a “loan” in the first place?

Oh, and a random thought: I would also like to point out that Duke Energy is the country’s biggest power company, and they use a lot of coal. …The Obama administration hates coal. I wonder what motivations such a power company might have for getting friendly with the Obama folks?

Once upon a time, Obama’s Inaugural Committee was all about creating a “people’s” party without accepting any funding from any of those nasty corporations or lobbyists that might be trying to get in a good word with the incoming Obama administration — but oh, how a few years, a second term, and economic necessity can help you change your tune. The Most Transparent Administration, Evah, and the Most Transparent Convention, Evah: Like two peas in a pod (made even more painfully hilarious by the fact that Team Obama is now pretty much selling access to the president… for a lot of money).

The [DNC] ended [January] with about $4.7 million cash in the bank and an outstanding debt of nearly $20.8 million, according to records filed Wednesday with the Federal Election Commission.
…

Earlier Wednesday, the Republican National Committee announced it raised $6.9 million in the month, ending January with no debt and $7.1 million in the bank.

Meghan McCain: It's selfish, reckless, and stupid for Sarah Palin to be dining out while she has COVID
Allahpundit Jan 27, 2022 4:01 PM ET 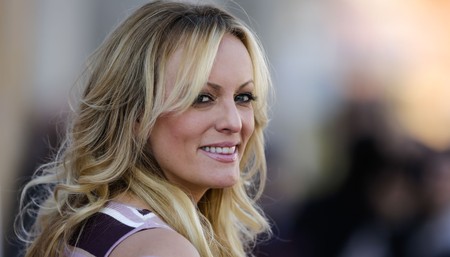