Gillespie: Hate to break it to you, Team O, but the map has expanded

Earlier this week, certain Team Obama members and loyalists insisted that Team Romney’s relatively late-in-the-game push into some new battlegrounds definitively means that Team R has at last figured out that they cannot win with the electoral map they originally planned, characterizing their movements as “desperate” and “flailing” to mark off some more territory. Obama campaign senior adviser David Plouffe echoed those sentiments on Sunday, contending that Team Obama is not at all in the defense-mode that might appear to the naked eye, but that they’re actually in offense-mode.

“We’ve always known this was going to be a close race, but it is going to be decided in the battleground states, and we think in those states … we have an important lead,” Plouffe said on ABC’s This Week. “I’m confident two days from now the president will be reelected. We have the support to win this election.”

Plouffe concentrated on Obama’s ground game, especially in Pennsylvania, where the Romney campaign has focused attention in recent days. Plouffe called it a “desperate ploy at the end of a campaign,” and said Romney would have to win two-thirds of independent voters there to carry the state.

As much as Team Obama would no doubt like us to believe that Team Romney’s recent ventures into Pennsylvania are merely the deluded backfirings of a broken campaign machine, there was a pretty organic surge in Romney’s direction after that first game-changing presidential debate, and Team Romney is now just helping to fuel it along. Picking up on what’s already happening is not a “desperate” move, it’s a savvy one.

Romney also leads in a lot of polls of independents by healthy margins, and as for the early voting in battleground states, does that mean in states like, oh, say… Ohio, where the swing towards Republicans in early voting has knocked out Obama’s winning margin there from 2008, perhaps?

Team O is aggressively pushing this narrative that the Romney campaign has gone full-on madcap in their last-ditch push to ‘expand the map,’ but, news flash: The electoral map has expanded. The results of Obama’s big-government spend-happy policies, not to mention their waging a severely negative and small-potatoes campaign that hasn’t exactly hearkened back to the Hopenchange spirit of 2008, just means that not as many people are as pumped about voting for him this time around, plain and simple. The Obama campaign won’t admit it, of course, but as Romney campaign senior adviser Ed Gillespie summed up on ABC earlier, our incumbent president is in deep trouble.

You know, four years ago — it’s — it’s a remarkable juxtaposition here that Mitt Romney will be in the suburbs of Philadelphia today, and you know, four years ago, Barack Obama was in Indiana. When you look at where this map has gone, it reflects the — the change and the direction and the momentum toward Gov. Romney. And the fact is that a state like Pennsylvania being in play, a poll out today showing Michigan a dead heat, you know, this — the map has expanded. Wisconsin, Minnesota has expanded our way. We feel very confident in terms of where we are in the — in the target states. We’ve been able to expand into Pennsylvania while fully funding and staying current with everything we need to be doing in Florida and Virginia and Ohio and all of the other target states.

The Atlantic: Did a famous doctor's COVID shot make his cancer worse?
David Strom 9:01 AM on September 27, 2022 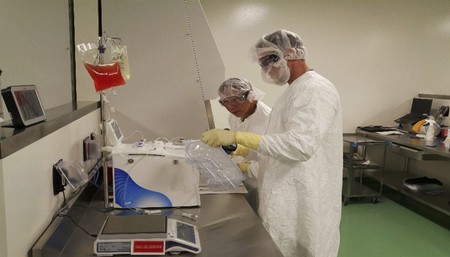 The Left Is Going Nuts Over Pete Buttigieg's Latest Criticism of Ron DeSantis
Townhall
'Your money is not safe at Citi': Thread on Citi's insane policy with regard to their customers is legitimately 'terrifying'
Twitchy
A Disturbing Pattern Emerges With Joe Biden's Handlers
Redstate
Insanity Wrap: Old Man Yells at Cloud... I Mean, Biden Tackles Inflation
PJ Media