Forget the gang that can’t shoot straight. This White House is the gang that can’t even jab straight, according to Politico. After talking up booster shots for the last two-plus months, suddenly Joe Biden’s COVID-19 advisers have begun pushing Biden to cancel them:

A vocal contingent of prominent doctors and scientists is pressing the Biden administration to scrap its plans to provide booster shots to all previously vaccinated adults, according to five people familiar with the matter.

Several of these outside experts, including some who advised President Joe Biden’s transition team, objected to the administration’s approach during a private, off-the-record call last week with federal health officials. Current U.S. data on vaccine performance does not justify using boosters widely to reduce the risk of breakthrough infections and slow the virus’ spread, the experts said.

They told officials on the Sept. 27 call — including Biden’s chief medical adviser, Anthony Fauci; White House policy adviser Cameron Webb; and the heads of the Food and Drug Administration and Centers for Disease Control and Prevention — that the shots should be given to people most at risk of severe Covid-19 to reduce hospitalizations and deaths.

Er … isn’t this something that Biden and his team should have settled before discussing boosters at all? At the moment, the White House web site is promoting the push for boosters as an integral part of Biden’s COVID-19 strategy. It’s the only tactic listed under “Further Protecting the Vaccinated,” in fact:

But COVID-19 vaccination protection can be made even stronger. In August, the nation’s top health officials—Dr. Rochelle Walensky, CDC Director; Dr. Janet Woodcock, Acting FDA Commissioner; Dr. Francis Collins, NIH Director; Dr. Anthony Fauci, Director of the National Institute of Allergy and Infectious Diseases; Surgeon General Dr. Vivek Murthy; Dr. David Kessler, COVID-19 Chief Science Officer; Dr. Rachel Levine, HHS Assistant Secretary for Health; and Dr. Marcella Nunez-Smith, Chair of the COVID-19 Health Equity Task Force—released an initial plan for booster shots aimed at staying ahead of the virus. The plan released by our nation’s doctors allows for states, pharmacies, doctors’ offices, health insurers and others to prepare for the administration of boosters. In the beginning weeks of the initial vaccination program in December 2020, the country lost precious time because we were unprepared to administer shots. By planning now, we will be able to quickly get booster shots into the arms of eligible Americans once approved.

That, by the way, is a shabby lie, one that the Biden team keeps pushing despite many fact checks refuting it. By the time Biden took office, the vaccines had only been approved for use for five weeks. Over 20 million inoculations had already taken place by that time — four of which had been given to Biden and Kamala Harris. The pace of vaccinations on January 20th was already at a million a day.

Biden still promises everyone a booster, too:

A booster promises to give Americans their highest level of protection yet. Three-shot vaccines are common (Hepatitis B, Tetanus) and offer some of the most durable and robust protection.

Implementation of this plan depends on authorization of boosters by the Food and Drug Administration (FDA) and recommendations by the CDC’s independent Advisory Committee on Immunization Practices (ACIP). As soon as authorizations are given, the Administration will be prepared to offer booster shots, starting the week of September 20th.

Well, the administration might have been prepared to offer them, but the FDA wasn’t. Biden and his team put the cart before the horse with this promise, and remarkably haven’t yet cleaned it up.

Q Mr. President, what do you say to the world health leaders, like the World Health Organization, who say wealthy nations should help more countries without vaccinations to get vaccinated before they get boosters here in America?

THE PRESIDENT: We are helping — we are doing more than every other nation in the world combined. We’re going to have well over 1,100,000,000 shots, and we’re going to continue going. We’re going to do our part. We’ve also given a great deal of funding to COVAX, which is the vehicle that does this.

So, we have plenty, plenty of opportunities to make sure we get everyone in the world — to play our part — the largest part in the world of getting everyone vaccinated.

Politico reports that the booster push might end up creating a very public split between Biden and the scientists that have provided him political cover so far. That may be true even among scientists who favor the boosters:

Biden, who took office pledging to “follow the science,” until recently enjoyed the enthusiastic backing of eminent physicians and researchers as he attempted to crush Covid-19 and revive the U.S. economy. But the White House’s sweeping vision for boosters has weakened those ties.

Now, even some experts who support the president’s broad booster strategy say the White House has fumbled its messaging on the topic, confusing the public as Biden’s team tries to limit new surges of infection through the winter.

“It undermines credibility not just for [federal health] agencies but for the administration overall,” said Irwin Redlener, director of the Pandemic Resource and Response Initiative at Columbia University. “Somebody needs a communication lesson. Maybe many people do.”

The problem isn’t communication, or at least not the main problem. It’s leadership. Joe Biden is completely reactive as a leader, a president whose larger strategies are simple to the point of childish and whose tactics are best described as checkers in a chess world. He’s every bit as impulsive and mercurial as the media painted his predecessor, only with better PR. Biden has made a mess out of everything he touches because he calculates everything on single-move tactics and the shortest-term political benefit possible.

So what happens now? Calculate Biden’s best short-term political move and you can guess. If enough scientists come forward to claim that the cost-benefit ratio of providing boosters is irrational related to tamping down potential mutations worldwide — which is a valid argument — then Biden might back down. However, Biden mostly wants to benefit from the class warfare that has unfortunately erupted over vaccinations over mandates and shaming. As long as he sees himself benefiting politically from being the Shamer in Chief, he’ll keep pushing boosters despite the science, and despite the fact that it’s making it more difficult to convince the unvaccinated to take the shot. Add in the boost to Biden’s ego that this shaming allows, and we can expect a Biden-scientist rift to break out into the open any day now. 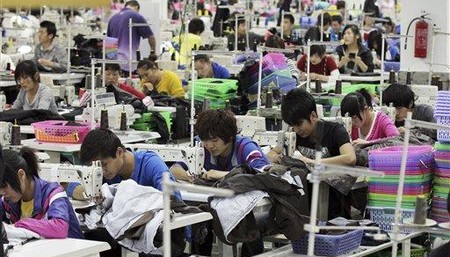 Biden: "There's more important things going on" than the border disaster -- like my self-promotion
Ed Morrissey 11:31 AM on December 06, 2022

This Philly Gas Station Owner Has Had Enough of His City's Criminals
Townhall
Michael Shellenberger's BRUTAL FTX thread BRINGS the receipts and shows all roads lead back to Dems
Twitchy
BREAKING: Kevin McCarthy Officially Has a Republican Challenger for the Speakership
Redstate
Insanity Wrap: Will Trump Really Run in 2024?
PJ Media