China: Yes, in fact we do have a Phase One trade deal with Trump

Just as the House Judiciary Committee voted to pass two articles of impeachment, Donald Trump and China both announced a breakthrough in the trade war. The US will waive upcoming tariffs expected to be applied on Sunday and roll back some of the existing tariffs in exchange for opening agricultural markets and other “structural changes.” This will be the first phase of a broader trade agreement to come, a confidence-builder that will also avoid more economic damage to both countries:

China and the U.S. have agreed on the text of a phase one trade deal, which will see the removal of tariffs on Chinese goods in stages, Vice Commerce Minister Wang Shouwen said.

China will increase imports from the U.S. as part of the agreement, Wang said at a briefing in Beijing Friday.

Just how much China will increase imports is an open question. Trump wanted a commitment to $50 billion in agricultural purchases, and China wanted a complete rollback of tariffs. Phase One appears to land somewhere in the middle of that:

“The two sides have agreed to complete as quickly as possible the legal review” working out arrangements for official signing of the agreement, which includes nine sections, the official said.

However, in response to a question, the official did not confirm that China would buy $50 billion worth of U.S. agriculture goods under the pact, as President Donald Trump has pressed Beijing to do.

Hmmmm. The US ag sector really needs a boost, and this leaves open whether one is really coming. However, Trump announced the US side of the deal on Twitter this morning, and it doesn’t look like the US is rolling back too many of the existing sanctions earlier.

What China gets out of Phase One is a cancellation of the escalation, apparently. What are they giving back in return? “Meaningful, fully enforceable structural changes” which go unexplained, at least thus far. It seems that this is more about testing each other’s reliability than it is about making significant gains in the short term.

Senate Minority Leader Chuck Schumer accused Trump of having “sold out” to Beijing:

Schumer, the Senate minority leader from New York, has consistently cheered Trump as he slapped tariffs on Chinese imports and sought to address intellectual property theft and forced technology transfers. On Friday, he took a different tone, accusing the president of surrendering to Beijing.

“There are huge structural inequities, structural and unfair imbalances, with China’s trade relationships with the U.S. At first, President Trump seemed like the only president who would dare tackle this challenge; but now, according to reports, he has sold out for a temporary and unreliable promise from China to purchase some soybeans,” Schumer said in a statement.

“We’ve heard this song and dance from China before,” the Democrat continued. “Once again, Donald Trump cannot be relied upon to do the right thing for American workers and businesses, even when his statements were pointing in the right direction.”

Schumer was reacting to a Wall Street Journal report yesterday that claimed Trump would “roll back existing tariff rates on Chinese goods and cancel new levies set to take effect Sunday.” Trump blasted this report earlier on Twitter, calling it “completely wrong” and advising them to “find a better leaker!” In this case, the WSJ seems to have misunderstood the movement on tariffs, which largely remain in place, and Schumer should probably have waited for the actual deal to drop first.

Nevertheless, Wall Street itself isn’t getting too excited about the Phase One deal. The markets remained little changed after the announcements, perhaps taking a breather from yesterday’s UK election rally and consolidating weekly gains. The agreement is a positive step theoretically, but this seemingly incremental movement is not going to change the overall calculus of the markets, nor will it change the calculus of domestic politics. If it leads to a full resolution of the trade war in Phase Two, then both markets will improve markedly for Trump. 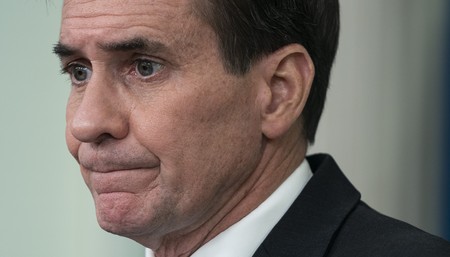 Another lawyer fired in the wake of the Dobbs decision because she is pro-life
John Sexton 8:40 PM on December 01, 2022

Chinese state media attacked Republicans and praised Democrats on TikTok prior to the election
John Sexton 7:00 PM on December 01, 2022

With the 2022 Midterms Over, These Old Stories About Biden Are Resurfacing
Townhall
Apple's CEO was eager to answer reporter's questions about China & protests (JUST KIDDING!)
Twitchy
Martha MacCallum Leaves John Kirby Stuttering Over Differing Treatment of Twitter and Apple
Redstate
Tara Reade Is Ready to Testify Before Congress Against Joe Biden
PJ Media