“It’s all about the money,” one CNN employee laments, while another complains, “We used to cover news.” Project Veritas published their third entry in a series of undercover videos about CNN and their editorial policy, which their insider says has been hijacked by the political agenda of its executives. According to the conversations captured by Cary Poarch, a lot of his colleagues seem to agree.

By the way, one or two of them feel strongly enough about this that we must note the Not Safe for Work (language) warning:

It’s tough to offer one or two pull quotes from this 15-minute video, as there appear to be a half-dozen or more people of significance within CNN who criticize the network. Project Veritas does its best with this random sample, but some of these are just the appetizers for much more substantive criticisms of policy and investment:

Patrick Davis, Manager of Field Operations at CNN: “…I hate seeing what we were and what we could be and what we’ve become. It’s just awful…I mean, we could be so much better than what we are…And the buck stops with him (Zucker).”

“I haven’t listened to a 9AM call in about 15 years. I just stopped,” complains Manager of Field Operations at CNN Patrick Davis, “Just, I can’t listen to it. It’s all bulls***. It’s all just a bunch of bulls***. And I wish that wasn’t the case.”

Scott Garber, Senior Field Engineer at CNN: “We used to cover news. We used to go out and do stories…But Trump is more important.”

Adia Jacobs, CNN Technical Operations Supervisor: “When Zucker took over it wasn’t until Trump that we ended up being all Trump all the time.”

Mike Brevna, Floor Manager at CNN: “It’s the Trump Network, dog. It’s like everything is all Trump…they not even thinking about anybody else. They sold themselves to the devil.”

Gerald Sisnette, Field Production Supervisor at CNN: “This is a story that’s not gonna go away…The only way this will go away is when he (Trump) dies. Hopefully soon.”

That last comment sounds more like frustration over the network’s obsession with Trump than actual animus, but YMMV.

To be fair, the same criticisms can be levied at other media outlets as well. Davis makes that point when he says there are no more true media outlets in the marketplace. Fox is almost equally obsessed with Trump, only from a position of defending him. MSNBC might actually be worse than CNN when it comes to obsession with Trump, and its parent NBC News isn’t much better. They all seem to be doing exactly what Christian Sierra admits CNN does, which is to manufacture controversy and then market it for the clicks.

Few if any other media outlets are as sanctimonious as CNN, however, except maybe for the Washington Post’s “Democracy dies in darkness” logo-in-black these days. Few others have transformed themselves so much in the Trump era, and for the purposes of their executives’ own agendas. They still have talented reporters and commentators, but those people are working in an organization whose credibility has been hollowed out by its activists. And even their own employees recognize that problem, as we see from these undercover videos. They also know exactly where that problem originates — Jeff Zucker.

Will Zucker suffer any consequences for this? I’d doubt it, unless it starts impacting the ratings. Credibility’s great, but advertisers pay for eyeballs on TV and websites. 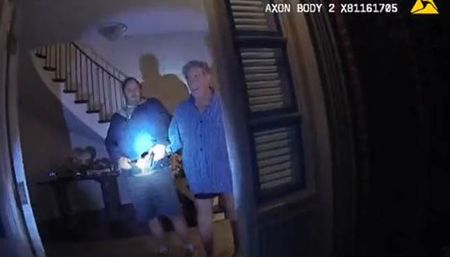