The good news: The victims of the worst mass shooting in US history may finally get their day in court. The bad news: It’s because the conglomerate that owned the resort where it took place is suing them. Yes, you read that correctly:

The company, which owns Mandalay Bay and the Route 91 Harvest festival venue, argues that it cannot be held liable for Oct. 1 deaths, injuries or other damages, adding that any claims against MGM parties “must be dismissed,” according to complaints filed Friday in Nevada and California.

“Plaintiffs have no liability of any kind to defendants,” the complaints argue.

Needless to say, the victims — the families of the dead, the injured, and those others present at the targeted concert — are rather astounded at this turn of events:

Muhammad Aziz, a Houston attorney who said he represents about 1,400 survivors, called the lawsuits “unprecedented” and said his clients were “surprised, shocked, angered.”

It’s ugly. But do they have a case? Legally, maybe, but …

Last year’s mass shooting in Las Vegas killed 58 people and injured more than 850 others. The shooter rained down fire from a room at the Mandalay Bay casino and hotel complex before killing himself as police arrived to put an end to the massacre. To this day, no one knows the motive behind the shooting, nor has any credible proposal emerged that would have prevented it from occurring. In that sense, it’s going to be tough to find ways to hold the resort liable, not unless due diligence requires regular room inspections whether hotel customers want it or not.

MGM’s lawyers also argue that a 2002 federal law relieves them of responsibility in cases of terrorism:

MGM cites a federal act from 2002 that says companies are protected from liability if they use “anti-terrorism” services to help prevent and respond to “mass violence.” MGM says the security company it hired for the festival, Contemporary Services Corp., was protected from liability and certified by the Department of Homeland Security to handle “acts of mass injury and destruction.” The hotel company says this should protect MGM from liability as well.

The 2002 act broadly defines terrorism as an act that causes mass destruction, injury or other loss. The shooting has not been ruled as a terror attack and authorities said Paddock appeared to have no terrorist connections or political motive. The FBI and the Las Vegas Metropolitan Police Department have not determined Paddock’s motive and are still investigating.

As legal defenses go, this seems like a well-thought-out strategy. But why is MGM employing it to sue the victims? Because they don’t want to wait for them to sue, that’s why. They’d rather get a federal court to pre-empt all of the different pathways to lawsuits up front rather than wait to have to make this argument piecemeal. And they argue that they have the best interests of the victims in mind:

According to the statement, “The Federal Court is an appropriate venue for these cases and provides those affected with the opportunity for a timely resolution. Years of drawn out litigation and hearings are not in the best interest of victims, the community and those still healing.”

Eglet told the Las Vegas Review-Journal that the move won’t work anyway. MGM is incorporated in Nevada, which means that federal court isn’t the correct jurisdiction. The 2002 law doesn’t apply in state court, Eglet argues, and accuses MGM of “judge shopping” that “quite frankly verges on unethical.”

It certainly comes close to public-relations disaster. How many people will want to patronize a resort that sues victims of a massacre, no matter how much spin they put on those intentions? MGM better hope its attorneys win this lawsuit, because otherwise they’ll be paying in all sorts of ways.

Kamala campaigns on abortion in CT but voters want something else
Karen Townsend 10:01 AM on October 06, 2022

Crackdown? Putin warns milbloggers over criticism with phantom arrest as Russians retreat near Kherson
Ed Morrissey 9:31 AM on October 06, 2022 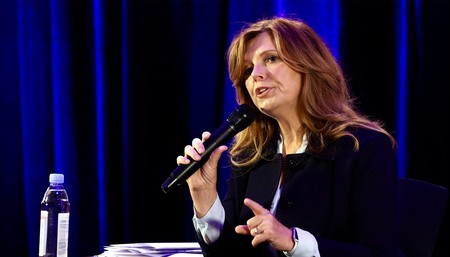 FiveThirtyEight: Herschel Walker's Abortion Fiasco Isn't a Scandal
Townhall
AP actually does their job for once and researches John Fetterman's record, and libs aren't happy about it
Twitchy
John Fetterman Gets Pummeled by an Unexpected Source
Redstate
Here's What Happened When a Concerned Mom Dressed Like Drag Queen at a School Board Meeting
PJ Media