It’s not? As expected, Mitt Romney has officially entered the Republican primary for the Senate seat being vacated by Orrin Hatch’s retirement, telling Utahns that he will bring their values to Washington DC. He’s not from Utah, of course, but Romney reminds voters there that he came to their rescue with the 2002 Olympics, and says he’ll work for them again as their public servant on Capitol Hill:

I am running for United States Senate to serve the people of Utah and bring Utah's values to Washington. pic.twitter.com/TDkas6gD2p

Romney wisely leans on his rescue of the 2002 Olympics in Salt Lake City in this message, and in other spots relies on boilerplate GOP language. He notes that Utah balances its budget, unlike Congress, which is (a) because states can’t float their own currencies, and (b) because there isn’t a fiscally responsible party in the US any longer. It’s de rigueur, but after last week’s spending spree by both parties, Romney may get called on that claim more strongly — even if he just sticks to local media. Would he have voted for the budget-cap-busting deal or not?

Romney also appears to make some not-so-oblique references to Donald Trump. “Utah welcomes legal immigrants from around the world,” Romney declares, while “Washington sends immigrants a message of exclusion.” In Utah, Romney also argues, “people treat one another with respect,” an implicit contrast to the other capital, and arguably to the president, too. That ought to cheer up the internal dissenters to Trump within the GOP, but would that play well with Utah voters?

Perhaps in answer to that question, Politico reported yesterday that Romney intended to play down his opposition to Donald Trump, focusing more on being a team player than a member of La Resistance:

When he goes forward, Romney intends to carefully skirt questions about how he’ll deal with the president and what could be in store for his future, amid speculation that he’s already plotting a role in leadership or even another campaign for the White House.

Instead, Romney plans to keep it hyperlocal, presenting himself as someone who will tend to the state’s needs even though his election is essentially a foregone conclusion, according to several people who’ve spoken to him in recent weeks. It’s an approach other big-name figures who’ve run for Senate have employed, such as Hillary Clinton and Al Franken: Don’t appear to be taking anything for granted or coasting on celebrity.

In short, the 2018 Romney Senate campaign will look nothing like his 2012 presidential bid.

That’d be true anyway just from the fact that he’s widely expected to win both the primary and the general election. Utah is about as red a state as there is in the Union, and Democrats won’t waste a lot of time on this election anyway — let alone against a (potential) self-funder like Romney. How about the primary? Romney might still face some competition there, although he’s all but wrapped up the major endorsements, the Salt Lake Tribune reports:

Romney could face a challenge from Utah State Auditor John Dougall, who acknowledges that he’d be an underdog but is “seriously considering” a bid. He’s the only established Republican, so far, to weigh jumping into the race while a handful of other low-profile candidates have already declared. Dougall compared his odds to a football game: “On any given Sunday, a team can lose. … On any given day, someone can lose an election.”

Dougall, a former state lawmaker, suggests it’s frustrating that Romney is the “presupposed” winner before he’s faced any competition. “Utahns deserve a conversation not a coronation,” he said.

Dougall might have had some backup on that from state GOP chair Rob Anderson, who initially criticized Romney’s prospective candidacy as carpetbagging. Anderson said it reminded him of … Hillary Clinton:

The Utah Republican Party chairman blasted Mitt Romney’s anticipated Senate run, hitting him for “essentially doing what Hillary Clinton did in New York” — campaigning in a state he hasn’t spent much time in.

“I think he’s keeping out candidates that I think would be a better fit for Utah because, let’s face it, Mitt Romney doesn’t live here, his kids weren’t born here, he doesn’t shop here,” Rob Anderson told The Salt Lake Tribune in an interview. …

If Romney declares, he’d be the instant front-runner and presumptive nominee. Still, Anderson, who is generally seen as a moderate voice within the Utah GOP, suggested that he’s just “using name recognition to win a seat.”

“I have two questions for Mitt. First of all, why? And how do you expect to represent Utah when you don’t live here?”

The Tribune reports that Anderson later apologized after Romney reached out to address the chair’s concerns. Nevertheless, even with Romney’s steller intervention in 2002, Anderson might not be the only Republican asking that question. 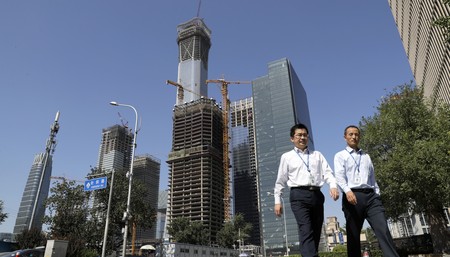