What. A. Shocker. Golly, who could have predicted that Senate Democrats wouldn’t cheer the potential nomination of Joe Lieberman for FBI Director? If Donald Trump hoped to get bipartisan support for his declared frontrunner to replace James Comey, he really barked up the wrong tree:

President Donald Trump may be dramatically miscalculating how much support Sen. Joe Lieberman would have among his former Democratic colleagues if nominated to become FBI director.

Some Senate Democrats hold a grudge against Lieberman for his rightward turn and opposition to some of President Barack Obama’s agenda late in his Senate career. Others say even though they respect Lieberman, the job of FBI director should not go to a former politician. And all Democratic senators interviewed for this story said the former Connecticut senator lacks the kind of experience needed for the post. …

“I don’t think there’s going to be much excitement about that from our side of the aisle. Not because we don’t respect Joe Lieberman. But we need a law enforcement professional, not someone who’s run for office before,” said Sen. Claire McCaskill (D-Mo.). “We don’t need anyone who’s put on a red shirt or blue shirt — or who’s campaigned for president.” Lieberman ran for president in 2004.

Of course, that doesn’t mean that Lieberman’s candidacy is dead. Thanks to Harry Reid, it only takes 51 votes in the Senate to confirm presidential appointments, as Democrats keep finding out to their chagrin in 2017. Politico’s Burgess Everett and Seung Min Kim report that Senate Republicans have lined up in support of Lieberman, if Trump nominates him, and if that’s the case, there won’t be any problem — with confirmation, anyway.

And even that’s not entirely certain, either. Republicans didn’t offer any criticism of Lieberman, but they had been pretty adamant that the FBI required a more experienced and non-political leader in the current climate. If Senate Republicans would be satisfied with a 52-48 floor vote, they could have backed John Cornyn or Kelly Ayotte for the job. They may not be speaking publicly about this, but are we sure Lieberman would get to 51, even with Mike Pence on hand to break a tie? Bet on some back-channel feedback coming to the White House, or perhaps Pence, on that question, and the Kasowitz Benson ties may play a part in that too.

The bigger question is why Trump would bother to push Lieberman at all. The entire point of choosing a former Democrat was to make the process less partisan, in order to take the political sting out of the firing of Comey. If all that Trump gets out of this is another 11-8 vote at the Senate Judiciary Committee and a 52-48 floor vote, it’s not much of a win. Lieberman would come into that office with no federal law enforcement experience, neither in investigations or prosecutions, at the beginning of a 10-year term at the age of 75. Ray Kelly would be a much better candidate in terms of law enforcement experience at that same age, and would probably provide at least as much political cover as Lieberman. If bipartisanship has failed, why not at least go with expertise?

It seems notable that Trump has still not announced his decision after dropping the hint yesterday about Lieberman, which could mean that there’s time for a different direction. Fran Townsend might give Trump the bipartisan support he clearly hoped to generate with Lieberman plus a significant amount of experience at the Department of Justice and in national security. Former FBI executive assistant director Richard McFeely got an interview this week too, and his 24 years in the Bureau would make him the experienced and non-political hand that could de-escalate the entire issue for Trump. The message from both Democrats and Republicans should be … keep looking.

Update: Yesterday, Trump said the decision was “very close.” Today … not so much:

They could make the call over the weekend, but that would be an odd strategy. They need a good news cycle, and the right choice on this job could give it to them. Sounds like some rethinking may be under way. 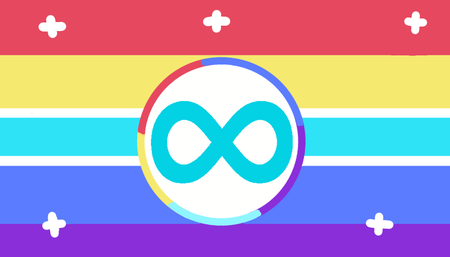