The US refuses to stop travel from western African nations for non-US residents, but our neighbors to the north have decided to get ahead of the curve. Late yesterday, Canada announced that they would no longer process visas from western African nations with Ebola outbreaks, splitting from the US in its policies on preventing the spread of the disease:

Applications will be returned to people from Ebola hot spots who have already applied for visas, officials said in a press release.

The changes do not affect Canadians currently in West Africa, the press release said. Health care workers in West Africa will be permitted to travel back to Canada.

The action is similar to that taken by Australia several days ago.

Canada has not announced any quarantine policies for returning Canadians. It also does not go quite as far as Australia’s action, which canceled previously-issued visas for people in the three countries with acute Ebola outbreaks. Those who have already had a visa application approved will be considered on a case-by-case basis, but only in “exceptional” cases would it be allowed:

“Discretion will remain for the Minister of Citizenship and Immigration to grant entry on a case-by-case basis in exceptional cases where travel is essential and in Canada’s interest. Apart from those instances, temporary resident applications already in process that are affected by these new measures will be returned to the applicants,” read the statement, headlined: “Protecting the Health and Safety of Canadians.”

The World Health Organization is not pleased by the developments in Canada and Australia:

Australia’s similar move was slammed Thursday by Dr. Margaret Chan, director general of the World Health Organization, who said closing borders will not stop spread of the Ebola virus.

Except, of course, that it has. One reason that the outbreak has been limited to those three countries (at least so far) is because neighboring African nations halted travel with them. Nigeria put a travel ban in place, and then quarantined the one case of Ebola that broke out, stopping its spread. Even internally within those nations, one strategy to contain the outbreak has been to limit travel. It’s a common-sense temporary consideration, especially when dealing with a disease that has a three-week incubation period and no way to detect an infection until it presents significant symptoms.

The same is true for three-week quarantines for those who do travel from these areas, especially those who have come into contact with Ebola patients. That is why the Pentagon chose to impose the quarantine on its troops, but only the troops. Civilians traveling with them for the Department of Defense who did not have contact with an Ebola patient cannot be ordered into quarantine, but do have to submit to active monitoring:

Pentagon officials formally instituted the Defense Department’s 21-day quarantine of military personnel working in Ebola-stricken countries on Friday, but issued guidelines carving out exceptions for civilian personnel and service members who are in West Africa only briefly.

Defense Department civilian personnel will be allowed to voluntarily submit to what the military calls “controlled monitoring,” or can opt to return to their homes and normal workplaces as long as they actively monitor their temperature, said Rear Adm. John Kirby, the Pentagon press secretary.

Civilians who opt not to take part in the military quarantine will follow guidelines set down by the federal Centers for Disease Control and Prevention. They also won’t be allowed to travel away from their assigned workplace for any temporary duty for 21 days, Adm. Kirby said.

Unlike uniformed personnel, civilians who work for the military cannot be compelled to enter a strict quarantine if they have no symptoms or didn’t come into contact with someone with Ebola, Adm. Kirby said.

They could volunteer for quarantine, but without some form of compulsion probably will not. Note, though, that this does not include health care workers who treated Ebola patients directly, as was the case with Dr. Craig Spence and Kaci Hickox. The mission of the Pentagon in these countries isn’t to provide that kind of care anyway, but to set up facilities where that care can be delivered by civilian organizations like MSF and other governmental operations. Any such caregiver in the military operation would be subject to the quarantine, civilian or not.

Canada and Australia, and an increasing number of states, have applied common sense and preventive strategies to keep any occasional case that does come back from western Africa from turning into a situation where thousands of people have to undergo active monitoring. The single case of Dr. Spencer has forced New York to actively monitor 117 people, which will stretch already-scarce public health resources:

The city is actively monitoring nearly 120 people who have recently returned from Ebola-stricken countries out of an abundance of caution as it seeks to prevent the spread of the deadly virus, Mayor de Blasio’s administration said Thursday.

Marti Adams, a spokeswoman for the administration, said most of the 117 people being monitored arrived in New York City from Guinea, Sierra Leone or Liberia  on Oct. 11 or later. Active monitoring means state or local health officials establish regular communication with the individuals, rather than relying on them to self-monitor and report potential symptoms.

The list of people being monitored includes members of the staff at Bellevue Hospital Center who are caring for Craig Spencer, New York City’s first and only confirmed case of Ebola.

That’s what Canada and Australia want to prevent, and New York, New Jersey, Illinois, California, and Maine as well. Is that an unreasonable approach? 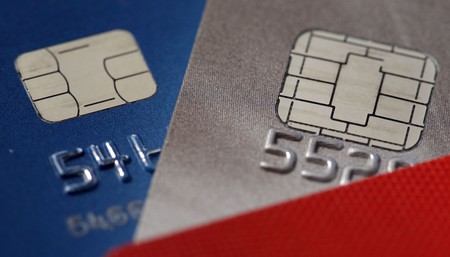 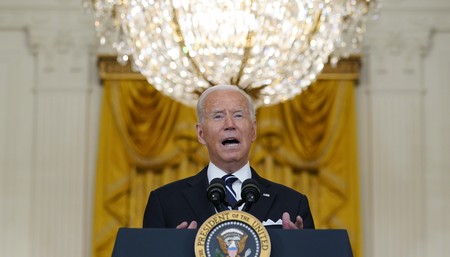 About That 'Man Died After Being Turned Away from 43 ICUs' Over COVID Story
Townhall
'What the hell is wrong with him?' As US gymnasts testified about sexual abuse by Larry Nassar, here's what Dem Sen. Sheldon Whitehouse was up to
Twitchy
Mark Milley Finally Gives His Denial but Ends up Telling on Himself
Redstate
Reason to Fear a Vaccine Mandate
PJ Media