Just weeks after an al-Qaeda convention in Yemen, the US has closed its embassy operations in the capital of Sanaa. Citing “extremely serious” threats and recent attacks on foreigners, the facility has closed its doors — indefinitely. The threat may be a reaction to the sustained drone campaign against AQAP targets following the release of the video of the massive meeting held by the terrorist network in Yemen:

The US embassy was closed to the public Thursday in Yemen after a spate of attacks against foreigners and fears that Al-Qaeda will seek revenge for a deadly offensive in the south.

“The embassy is closed today. And this will remain in effect until further notice,” an employee at the US mission in a heavily-guarded neighbourhood in northeast Sanaa, told AFP.

Police were deployed along all roads leading to the embassy and conducted a thorough inspection of vehicles in the vicinity in line with security measures put in place several months ago.

State Department spokeswoman Jan Psaki said Wednesday that the embassy would be temporarily closed to the public “due to recent attacks against Western interests in Yemen”.

It’s also possible that the threat came in reaction to a shooting in Sanaa last month that involved two embassy officers. The shooting occurred during a foiled kidnapping attempt:

“The Embassy officers are no longer in Yemen,” State Department spokesperson Marie Harf said in a written statement. “Per standard procedure for any such incident involving embassy officers overseas, this matter is under review.”

Harf added that the officers fired because the armed individuals were attempting to kidnap them.

Sources within the Yemeni government told CNN that the US is taking these threats more seriously than any other prior threat, even the warnings that preceded the 2012 mob attack on the compound:

Now, two Yemeni National Security officials tell CNN the plot against the Embassy is bigger than it was believed to have been.

“The U.S. government is taking this threat far more seriously than they’ve taken other credible threats against them,” explained one of the officials who requested anonymity as he was not authorized to speak with the media.

Of great concern to Americans in Yemen is the increase in fighting in Sana’a. According to numerous officials, on Friday al Qaeda linked militants attacked two government installations – first the Political Security Headquarters, where they engaged in a firefight with Yemeni troops, and then outside the Presidential Palace, where huge clashes with the military continued. At least 4 Yemeni troops and at least 3 militants died as a result, with the death toll expected to rise. Interior Ministry and Defense Ministry officials worry the situation is deteriorating dangerously.

Earlier in the week, al Qaeda in the Arabian Peninsula, or AQAP, targeted foreign installations in the capital – killing one French citizen who worked with the European Union Mission there.

The officials added the U.S. is taking this as a graver threat than the one encountered in 2012, when protesters breached the Embassy’s heavily secured perimeter and stormed the building.

One threat that worries the US in particular is Ibrahim al-Asiri, the AQAP bombmaker responsible for the botched Underwear Bomber plot. No one is quite sure whether Asiri is alive or dead, and the uncertainty has American counter-terrorism officials concerned, to say the least. They’re worried that Asiri will innovate a device that will succeed in getting on a plane and detonating, given enough time and opportunity, but in this case they seem to be more worried about traditional explosive deployment against their facility.

AQAP may also be targeting the embassy at this point because the Yemeni military just started a ground offensive three weeks ago against AQAP strongholds. The US and Saudi Arabia aren’t providing much support on the ground in this effort, which has Yemen frustrated. They warn that fuel shortages in particular may force the military to suspend the campaign, and one unnamed official called the situation “dire.” Perhaps that’s one way that the US can go on offense while wisely playing defense in Sanaa. 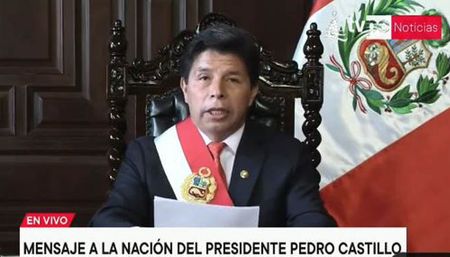 Trump Hired a Crew to Search His Storage Units. Here's What They Found.
Townhall
Radio host explains why it's OK to go after Sen. Ted Cruz and his teen daughter after she was rushed to hospital
Twitchy
Elon Dishes More on the Possible Deletion of Twitter Files
Redstate
D’Oh! Another Left-Wing Narrative Deflates Before It Is Even Out of the Gate
PJ Media