The big takeaway from the new Washington Post/ABC poll isn’t really that Barack Obama’s approval rating has slumped to below majority level for the first time since September of last year.  The RCP poll watch shows that the WaPo/ABC series is a little late in reaching that conclusion; not one of the other major pollsters they track has had Obama at 50% or higher since CNN’s mid-May poll.  Even that was an outlier at the time, and it was taken before the IRS scandal exploded.  RCP’s average for Obama approval without this latest entry is 45.6% to 49.2% disapproval, and Reuters had it as low as 43/49 a week ago.

No, the real takeaway is that approval for Congress spiked upward five points — to a whopping 21%:

Challenges across the policy spectrum are keeping Barack Obama in political peril, with the public divided on initiatives ranging from Senate-supported immigration reform to Obama’s signature health care law.

As he readies a new pitch on economic growth, the president’s job approval rating has slipped below 50 percent for the first time since September in ABC News/Washington Post polls. Even with a recovery in consumer sentiment, just 45 percent approve specifically of his handling of the economy, and 60 percent say the country’s headed seriously off on the wrong track.

Congress, for its part, manages just a 21 percent approval rating – up by 5 points since March to more than a two-year high, but still dismal by any measure. And whatever Obama’s challenges, this poll, produced for ABC by Langer Research Associates, finds that Republicans are hardly rejoicing: They’re far more critical of their own party’s leadership than are Democrats of theirs, with 52 percent of Republicans and Republican-leaning independents – a new high by a substantial margin – saying the GOP’s going astray.

Oddly, the poll only asked for Obama’s performance on two issues — the economy and immigration — but the President doesn’t do well on either.  On the economy, Obama is underwater at 45/49 just as he goes on a talking tour about the subject … without any policies to push.  That’s down from 48/48 two months ago, and 50/47 at the beginning of the year.  He gets a weak split on immigration, 43/44, down from 46/41 in May and 49/43 in February.

Speaking of which, the country isn’t terribly impressed with his preferred comprehensive immigration reform from the Senate.  That only gets a 46/44 support, while taking the piece-by-piece approach in the House wins by more than 20 points at 53/32.  Even Hispanic voters split relatively evenly on the latter option, according to the analysis from pollster Langer Research. John Boehner won’t run many electoral risks by going one step at a time.  Perhaps this might explain the relative bounty of approval that Congress reaped from respondents in this survey?

Finally, ObamaCare still proves to be unpopular as its due date approaches.  It’s nearly back to its all-time low in this series at 42% approval (39% in 2009 was the low-water mark for WaPo/ABC), and 49% opposing.  Only 58% of Democrats back ObamaCare, a surprising result for their party’s signature legislation and an indication of just how much of an albatross it will be in 2014.  A narrow plurality — really a virtual split — of respondents say the delay in the employer mandate means the entire bill should be tossed, 48/46.  Just think how popular it will be when American taxpayers have to start dealing with the IRS on the issue in January. 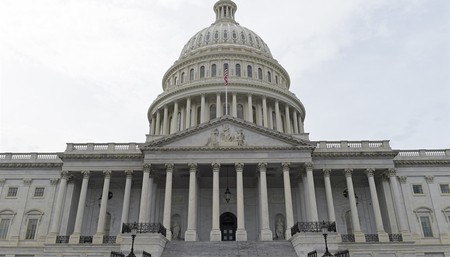