Our friends in the UK have had a tough time in the war on terror.  They have fought valiantly with us in Afghanistan and Iraq, and have been targeted by al-Qaeda terrorists on a number of occasions, including the attacks on London public transportation in the summer of 2005 that killed dozens.  But they have made it tougher on themselves than need be, as their puzzling treatment of convicted terror plotter Siraj Yassin Abdullah Ali demonstrates:

A fanatical terrorist has escaped being thrown out of the UK because it would breach his human rights.

Hate-filled Siraj Yassin Abdullah Ali, graded the highest possible risk to the public, was released after serving just half of his nine-year sentence for helping the July 21 bombers.

He now mingles freely among the Londoners his co-plotters tried to kill six years ago.

Government officials are desperate to deport the Islamic fundamentalist back to his native Eritrea but have been told they cannot because he could face ‘inhumane treatment or punishment’.

Ali was convicted of helping a gang of five Al Qaeda suicide bombers in their bid to repeat the carnage of the attacks of July 7, 2005, two weeks later.

Bear in mind that Ali isn’t a suspect in this crime.  He was tried and convicted, and served six years of a 9-year sentence.  Ali got parole and the government understandably wanted to deport the Eritrean national — but a judge halted the proceedings because of concerns over human-rights violations in Eritrea.

Sometimes, government fails to understand its primary role.  In a free society, governments exist by the consent of the governed primarily to offer common defense to internal and external threats.  The UK owes an Eritrean terrorist nothing but due process while visiting the country.  If Ali was concerned about potential violations to his human rights when he returns to Eritrea, then he should have comported himself in a manner that would not have necessitated his expulsion in the first place.

The British government owes its own citizens and legal residents lawful action to protect their safety much more so than it has any responsibility to protect Ali from the Eritreans if deported.  That’s especially true in this case, as Ali’s intent was to destroy the civil society that now wrings its hands over the uncivil treatment Ali may or may not receive once given the boot.  Those riding on the same subways and buses as Ali in London need to impress upon their government that they only owe convicted foreign terrorists a plane flight out of the country once they get released from prison — and we’d better make sure we make that plain on this side of the pond as well.

Randomized controlled trials: masks do nothing
David Strom 8:01 AM on February 01, 2023 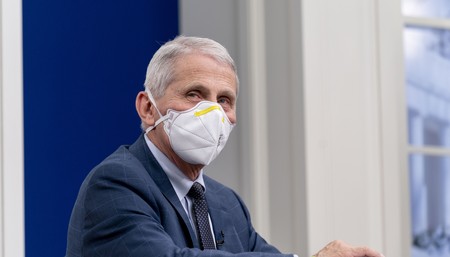 Russia's economic picture is looking up thanks to allies
John Sexton 6:40 PM on January 31, 2023

A strong majority of Americans believe "America is weak." Maybe they're right