Have we become a turncoat nation under Obama's foreign policy?

Has Barack Obama’s foreign policy led us to become a “turncoat nation”? First, as Bill Whittle carefully explains in his latest Firewall video, one has to understand what “turncoat” actually means. It doesn’t indicate treason, but switching sides — with a healthy inference of surrender, to boot. Certainly we see that in the sudden desire to cast Israel as the intransigent in the Middle East, as Whittle states, but it’s hardly the only example, and certainly not the first:

It seems like Obama is trying to establish the US as some sort of context-free arbiter of world issues, which might be a useful role for an academic or someone within the State Department. However, the US President should first look after US interests and nurture American alliances. As example after example shows, Obama keeps “resetting” relations with friends in order to build up some credibility with antagonists and enemies. The problem with this approach is that we end up losing our friends and scoring no points with nations inclined to oppose or attack us, and the example last week of Israel and the Palestinians is perfect in demonstrating this.

Bill references an excellent Broadside publication, Victor Davis Hanson’s How The Obama Administration Threatens Our National Security, a quick but comprehensive read at 44 pages and inexpensive at $5.99 (less via Kindle). I read it a while back, and even though it only covers the first year of Obama’s presidency, it is clear that little has changed in “smart power” diplomacy in this administration. 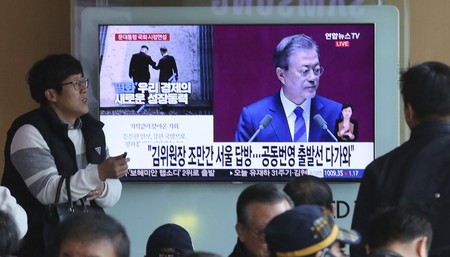 Did AOC Break the Law with Her Met Gala Stunt?
Townhall
This new detail on AOC's 'tax the rich' dress makes it even more absurd than you could ever imagine
Twitchy
General Mark Milley Seems to Have Been the Source for Bob Woodward's Story About Mark Milley Undermining the Constitution
Redstate
The Morning Briefing: Racist CA Democrats Reject Chance to Elect Historic Black Governor
PJ Media