If Congressional Republicans need a little spine-stiffener in the budget battle, Rasmussen provides just the tonic.  This poll question differs from the earlier survey by The Hill on the question of a government shutdown.  Rather than focus on blame, Rasmussen instead asked about priorities in the debate over spending, and clearly the priority of the majority of likely voters isn’t continued government operations:

A new Rasmussen Reports national telephone survey finds that just 33% of Likely U.S. Voters would rather have Congress avoid a government shutdown by authorizing spending at the same levels as last year. Fifty-eight percent (58%) says it’s better to have a partial shutdown until Democrats and Republicans can agree on what spending to cut. …

The partisan differences are striking. Fifty-eight percent (58%) of Democrats prefer avoiding a shutdown by going with current spending levels. But 80% of Republicans — and 59% of voters not affiliated with either major party — think a shutdown is a better option until the two sides can agree on spending cuts.

Dave Weigel says that the results come from the wording and order of the questions, with the central question coming after four questions set the table:

Actually, Harry Reid proposed a 30-day CR at current spending levels last week to put off the impasse another month and avoid a government shutdown:

The top Democrat in the Senate said Tuesday that he’ll bring legislation to the floor next week to keep the government running at current spending levels for 30 days to avoid a shutdown in March.

As for the rest of Dave’s criticism, the shutdown won’t stop SSA, Medicare, and unemployment checks; that spending is mandated and will continue.  It’s hard to tweak Dave for that, though, when even the President can’t get that one right.  So far no one is really sure what kinds of discretionary-funded services will have to stop, either; the military will likely stay on the job, for instance, as will intelligence operations.  So if Dave is complaining that Rasmussen prepped the question by giving out accurate information about the budget impasse, point taken, but that hardly seems like a fatal flaw in the poll.

The internals of the poll are interesting as well, but hardly surprising.  Independents, who swung hard to the GOP in the midterms, would prefer a government shutdown to continuing the same level of spending by more than a 2-1 margin, 59/36, and Republicans 80/14.  Moderates (self-described) prefer a shutdown 52/39.  A majority of Democrats want the government to remain in operation, but only by 58/36, indicating a serious divide within their party.  However, both Republicans and independents narrowly say that a shutdown would be bad for the American economy, 36/35 and 37/33 respectively.

As I noted earlier, Republicans have a big advantage in this debate.  Democrats risk alienating almost every imaginable constituency except the political class (14/76) in bucking the spending cuts.

House Minority Leader Nancy Pelosi (D-Calif.) is showing no enthusiasm for the new proposal from Republicans to avoid a government shutdown …

Pelosi said in a statement that the GOP’s plan for a two-week spending bill cuts funding for critical programs.

“Republicans want to cut an additional $4 billion, which includes stripping support for some pressing educational challenges without redirecting these critical resources to meet the educational needs of our children,” Pelosi said in a statement. “This is not a good place to start.”

In other words, Pelosi wants cuts that then turn around and get spent on something else. 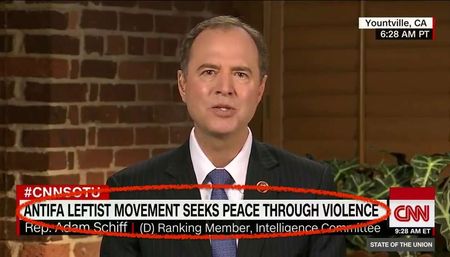 Elon Musk will support DeSantis if he runs for President
Karen Townsend 5:31 PM on November 26, 2022