Congress: Secret ballot for we but not for thee

Senate Democrats will vote on whether Joe Lieberman should retain the chairmanship of the Homeland Security Committee, a panel he largely created by drafting legislation for the Department of Homeland Security after the 9/11 attacks.  They will conduct that vote by secret ballot rather than publicly state their positions, which provides more than a little irony for the Democratic support of Card Check legislation:

The caucus is due to meet Tuesday to decide whether Lieberman, a Democrat-turned-independent from Connecticut, should be punished for his aggressive support of Sen. John McCain , R-Ariz., for president. …

Lieberman is expected to speak to the caucus during its first post-election meeting. If the vote follows the form of a leadership election, senators — with no staff — will sequester themselves, one Democrat will ask for a vote and another will second the motion.

Lawmakers will write their vote on slip of paper, those papers will be collected and counted, and the final tally will be read aloud to the caucus. Lieberman, then, will be able to know how many of his colleagues stood with him but will not know their identities.

Byron Dorgan refused to take a public position on the issue during his appearance on Fox News Sunday, continuing the irony:

The Democratic Party issued full-throated support for the Orwellian-named Employee Free Choice Act during this year’s campaign. Most members of the Democratic Senate Caucus have already committed to voting for Card Check in the 111th Congress. That strips the secret ballot from workers and forces them into committing publicly to whether or not they support organizing their workforce. Yet the Democrats won’t allow a public vote on which members want to punish Lieberman for his support of John McCain during the campaign?

On Lieberman’s crime and punishment, expect the caucus to come up with something just short of removal from the chair of the Homeland Security Committee. They know they’ll need Lieberman to fight Republican filibusters for the next two to four years, and they can’t afford to alienate Lieberman entirely.  If they do remove Lieberman and he joins the Republican caucus as a result, the final irony may be that the secret ballot that forced his hand will result in his joining a filibuster to preserve the secret ballot for American workers — who need its protection a hell of a lot more than the Senators who want to strip it from them.

NY Times: Police officers retired because of the rage directed at them by BLM protesters
John Sexton Jun 24, 2021 1:00 PM ET 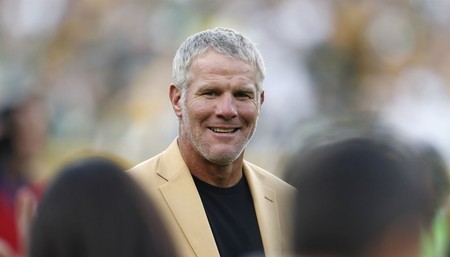