Damar Hamlin’s first words after his breathing tube was removed were “love you boys,” in a message to his teammates.

And his first public comment since his near-death experience was an Instagram post: “When you put real love out into the world it comes back to you 3x’s as much…”

But according to Scientific American, he should be angry and resentful, since his injury was the product of the NFL’s routine violence towards black men.

You can’t make this up. When I showed my wife the Scientific American headline she thought it was a made-up meme, it is so ridiculous.

This ordinary violence has always riddled the sport and it affects all players. But Black players are disproportionately affected. While Black men are severely underrepresented in positions of power across football organizations, such as coaching and management, they are overrepresented on the gridiron. Non-white players account for 70 percent of the NFL; nearly half of all Division I college football players are Black. Further, through a process called racial stacking, coaches racially segregate athletes by playing position. These demographic discrepancies place Black athletes at a higher risk during play.

Of course the author is a “cultural anthropologist” and academic. Only an academic could have such a ridiculous take on the near tragedy.
I happened to be watching the game when Hamlin collapsed, and was glued to the set for the next two hours as, along with the rest of the country, we prayed for his recovery. His teammates, football fans who root for every team, and much of the country held our collective breaths. Absolutely nobody thought for a moment about race or any other irrelevance.
Contributions poured into Hamlin’s nonprofit Chasing Ms to the tune of $7 million so far, as people looked for anything they could do to send their love to the injured player. We have no idea what the racial demographics of the contributors are, and I am pretty sure that Damar wouldn’t care.

Football is a spectacle where excessive violence is mundane, because hits that cause injuries are a constant occurrence, and spectators are desensitized to it. Consumers of the sport assume players will withstand any bodily affront, so they are shocked when a player’s physical limits are exceeded, often on very public stages. People with a vested interest in professional football rationalize excessive violence in this structured space, as well as the ones that encompass college, high school and peewee play, all because they assume that rules, equipment, and regulations exist to prevent death. But this is false protection. While this form of entertainment has been normalized, Hamlin’s injury demonstrates that ordinary violence has potentially deadly consequences, and highlights how Black men’s athletic labor sustains this brutal system.
On these playing fields, ones that sociologist Billy Hawkins would argue are never theoretically far from plantation fields, financial stakeholders value Black bodies for their productive potential and physical prowess. The league encourages and facilitates rigorous training and disciplining so players can execute seemingly impossible corporeal demands, all in the service of entertainment, money-making, and insatiable fandom. In the words of sociologist and activist Harry Edwards, “like a piece of equipment, the black athlete is used.” While I am not aware of research that compares the rate of injury between Black and white football players, heatstrokes, ACL and labrum tears, ankle sprains, bone breaks, and concussions are just a few of the consequences of how these bodies are used.

Interesting. “While I am not aware of research that compares the rate of injury between Black and white football players, heatstrokes, ACL and labrum tears, ankle sprains, bone breaks, and concussions are just a few of the consequences of how these bodies are used.” That would seem to be a vital bit of information if one wants to make this case. Especially in a scientific magazine. But science has nothing to do with this argument. Race hustling does.
Hamlin, as with every professional athlete, spent his entire life working to become a professional athlete. It couldn’t be any other way, because in order to make it to that level one has to be in the top 1% of the top 1% of the top 1%.
If there is a more meritocratic career than professional sports player, I can’t think of it. There was a time when race played a role in who could play; the racial barriers kept black players out, rather than preferentially recruiting them for the meat grinder. Blacks fought to get into the sport, not get out of it.
It is true that football is a violent game, but that violence has nothing to do with race. It was a violent and dangerous game for decades. The only player to die on the field from a heart attack, as Damar Hamlin almost did, was Chuck Hughes. 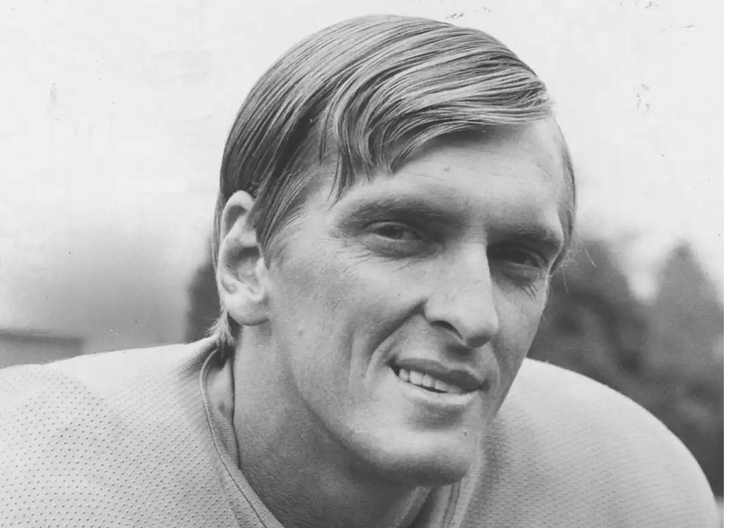 The NFL has made tremendous efforts to reduce the likelihood of injury on the field, but the only alternative that would apparently satisfy Tracie Canada, the author of this piece, would be the elimination of the NFL. Obviously restricting the race of the players to be only Whites wouldn’t satisfy her, although I guarantee that every slot in the rosters would get filled.
People aspire to be NFL players, despite the risks. It is an opportunity, not a sentence. The most dangerous job in the world is US president, and astronaut is high up the list. 18% of presidents have died in office; 9% of presidents have been assassinated. It is also one of the most coveted jobs in the world. About 3% of people who have trained to or have gone to space have died. Navy fighter pilots suffer grievous losses, while having one of the highest-prestige jobs. Not every dangerous job is high prestige, of course. Trash collectors and coal miners face enormous dangers in their jobs. But danger and desirability of careers are hardly mutually exclusive.

In a way that is reminiscent of Black feminist scholar Hortense Spillers’ theorization of flesh, these situations demonstrate how organizations, administrators and fans dismiss each player’s personhood, strip them of their humanity and reduce them to mere bodies. No football athlete deserves this treatment. They should not be expected to play after enduring, experiencing and witnessing bodily traumas. Further, to dismiss the almost certain breaking down of their bodies as just part of the game is a process of objectification and commodification that prioritizes the player over the person in a way that Black feminist scholar bell hooks says calls to mind “the history of slavery and the plantation economy.” The anti-Blackness of the system is inescapable.

Is the NFL a plantation? There is an easy way to find out: suggest limiting entry into the sports to Whites only. Were we to do that you know exactly what the response of every cultural anthropologist in the world would be, and what articles would appear in Scientific American to comment on the proposal. I feel confident that the response would not be praise.
Scientific American has become trash, unworthy of being kindling for a campfire.
Share
Tweet
Tags: RACISM SCIENTIFIC AMERICAN
Trending on HotAir Video
Trending

CA Dems Have Found a New Way to Punish Its Residents
Townhall
Dom Lucre strikes again with BRILLIANT troll of gun-grabbers and the Left in receipt-filled thread
Twitchy
Biden Keeps Calling for 'Doug,' Gets Confused on Stage, and Wife Mocks Him
Redstate
The Morning Briefing: Choose Your Weapon Wisely—It's Judgement Day at the RNC
PJ Media