They lie to you without remorse

With Anthony Fauci’s departure from the government imminent, there has been a lot of praise for both Fauci and the public health establishment.

Most of it self-congratulation, because that is how those at the top of the public health establishment pyramid roll. But there has been plenty of eulogizing Fauci by all factions within the Establishment as well.

One of the figures who has been stepping up to the plate to hit the softballs aimed at him by the press is Dr Ashish Jha, the White House COVID-19 Response Coordinator. He is a real piece of work, and a worthy propagandist to fill the shoes of Dr. Fauci once he leaves the scene.

Fauci gave his last COVID briefing today, at which Dr. Jha spoke as well. Both were, of course, pushing vaccines. In this case the newer bivalent booster. In doing so Dr. Jha let rip with a real whopper, for which there is precisely zero evidence: if a person gets the bivalent booster and contracts COVID, nobody will die. Assuming they get Paxlovid as well (Dr. Jha is practically a salesman for Paxlovid, pushing the Pfizer drug every chance he gets).

Dr. Jha: "We can prevent every covid death in America" if everyone gets their updated booster. pic.twitter.com/5yRP2w8y4L

Dr. Jha’s ridiculous contention appears to be at least partly based upon a new study released that examines the effectiveness of the booster, and as with all such studies there are a ton of “ifs, ands, and buts” that place a lot of doubt into the equation. Like a supertanker full of doubt.

Secondly, the time period the booster has been out is very short. We know that vaccine effectiveness so far has waned very quickly, so 100% effectiveness at 3 weeks or 6 weeks could be 20% effectiveness a few months later. We don’t know, and neither does Dr. Jha. He is spitballing, to put it kindly. There isn’t even the merest possibility of data on this, given how recently the booster came out.

Additionally, the study puts in a ton of qualifiers:

In the United States, >90% of adults have received ≥1 COVID-19 vaccine dose.††† Therefore, aVE should be interpreted with caution because unvaccinated persons might have different behaviors or a fundamentally different risk for acquiring COVID-19 compared with vaccinated persons. aVE in this study appeared lower in persons aged ≥50 years who received 3 or 4 monovalent doses before a bivalent booster dose compared with those who received only 2 monovalent doses before a bivalent booster dose; this might be because of differential rates of previous infection or differences in behaviors in those who had not previously received a booster dose compared with those who remained up to date with previous booster dose recommendations.

The findings in this study are subject to at least six limitations. First, vaccination status, previous infection history, and underlying medical conditions were self-reported and might be subject to recall bias. In particular, if previous infection provides protection against repeat infection, then VE estimates in this study would likely be biased toward the null, because self-reported previous infection differed by vaccination status, and statistical power was not sufficient to stratify VE estimates by presence of previous infection. In addition, previous infection might have been underreported (7). Second, acceptance of bivalent booster doses to date has been low (approximately 10% of persons aged ≥5 years as of November 15, 2022),§§§ which could bias the results if persons getting vaccinated early are systematically different from those vaccinated later. Third, important data including SARS-CoV-2 exposure risk and mask use were not collected, which might result in residual confounding. Fourth, the circulating variants in the United States continue to change, and results of this study might not be generalizable to future variants. Fifth, tests used in this study were collected predominantly (although not exclusively) in areas with higher social vulnerability; therefore, data might not be fully representative of the broader U.S. population. Finally, these results might be susceptible to bias because of differences in testing behaviors between vaccinated and unvaccinated persons.

Almost every case of COVID was never counted. That is a fact. So percentages of deaths from COVID are wildly overstated. Most cases were never ever recorded.

Well over 90% of people in the US have gotten COVID, but the majority have no idea. All they know is they got a cold. That is not me saying that–that is the epidemiologists. So who knows how many COVID cases are missed? A ton, but who, how many? Nobody–literally nobody–has a clue.

Many doctors and scientists were not impressed with this study, to say the least. You can find tons of examples.

Drs. Fauci & Jha gave a WH press briefing in the same hour today that this CDC study was released. Dr. Jha said "The science on this is crystal clear."

I'd love to see any clear outcomes data on the bivalent vax, such as a randomized trial. We don't have any such clear data.

There is literally zero real evidence out there about the safety and effectiveness of the bivalent booster in preventing severe illness and death. Not a single randomized controlled trial, and that is one of the many reasons that there is a long list of “ifs, ands, and buts” regarding the effectiveness of boosters. Most declarations about vaccines, masks, hand washing, and everything else are based upon extraordinarily weak scientific data. No randomized controlled trials at all. 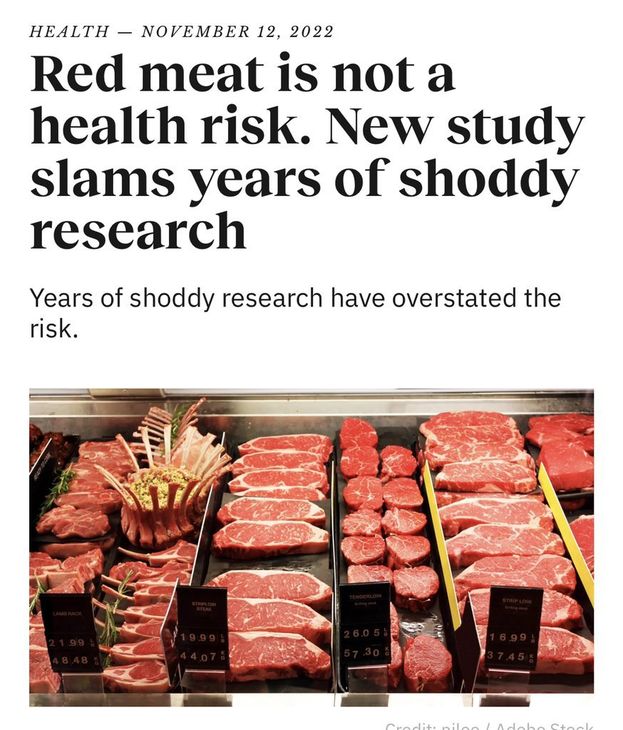 It is slightly better than guesswork, but less than you think. About as good as nutrition data over the years–and that is the result of a century of observation. So if you think all those observational studies on nutrition are crap–and they are–think about the fact that almost all “scientific” studies on COVID mitigation are done the same way, only without the decades of observation. Weeks or months at best.

👇👇👇All of Covid was a win for the legions of people who oppose RCTs because they arrogantly think the answer, while they are really led by anxiety, wishful thinking and financial bias 👇👇👇 https://t.co/pEl7opSAIJ

Worse, there is an active hostility to doing such trials. They have been proposed, but rejected. And there is remarkably little discussion of the known risks for certain  populations associated with getting the vaccine, and particularly for getting the Moderna vaccine (I got Moderna it turns out).

People who follow the science on COVID vaccines are fully aware that the mRNA vaccines present a risk for myocarditis in younger men, and that the results can be fatal. A number of countries have shifted vaccine strategies (there are alternatives, after all), but the US insists on pushing vaccines known to be dangerous on the population. The danger is quite real, not a conspiracy theory.

It's a real scandal that many on #medtwitter & #epitwitter essentially conspired to call this fake news.

It's been confirmed over and over.

The FDA should act given we have alternatives: Moderna should not be used in younger males, as many other countries have decided. https://t.co/cZ8RXuTyEk

I used to believe–hell, I still believe–that improvements in public health over the past two centuries have been crucial to the making of the modern world. Our increased lifespans, improved quality of life, and the general lifting of the burden of having unclean air and water has been a remarkable achievement.

But as with all successful institutions arrogance is an inevitable results, and with arrogance comes more than a bit of power hunger and corruption. My own physician doesn’t trust the public health authorities, and that is an entirely new phenomenon. I certainly don’t, and even people I know who are all-in on COVID prevention have lost a great deal of trust in our public doctors and epidemiologists.

For a simple reason: they lie, all the time. They engage in propaganda. They elide, they shape, they engage in hyperbole, and they attack straw men. They ridicule differences of opinion. And they censor. Dr. Jha criticized Elon Musk for allowing “disinformation” on Twitter regarding COVID, without noting that the greatest purveyors of disinformation are the government officials.

How can you trust them? You are a patsy if you do.

None of this exactly means that they are lying right now, this time for sure. But in all likelihood they are, because they have lied constantly on COVID. They have lied more often than not, to be honest. Starting from “15 days to slow the spread.” Remember that lie? How many days has it been with all these mandates?

No serious doctor, given how little evidence there is out there, could confidently predict that a COVID vaccine would prevent nearly all deaths. Not only is there no evidence to draw from, but experience shows that prior claims for vaccine effectiveness have been wrong.

So perhaps, at this point, Dr. Jha should just shut up. He is much less likely to be proven wrong if he does.

The Case Against Everyone Else 2024 – Part 2
Townhall
Place your bets! People are speculating why Klaus Schwab is in Washington, DC
Twitchy
Doocy and Melugin Tag Team to Take Down WH's Blatant Biden Border Lie
Redstate
Police Release Confusing Information About University of Idaho Murders
PJ Media