Reparations proponents see the Biden administration as their best chance 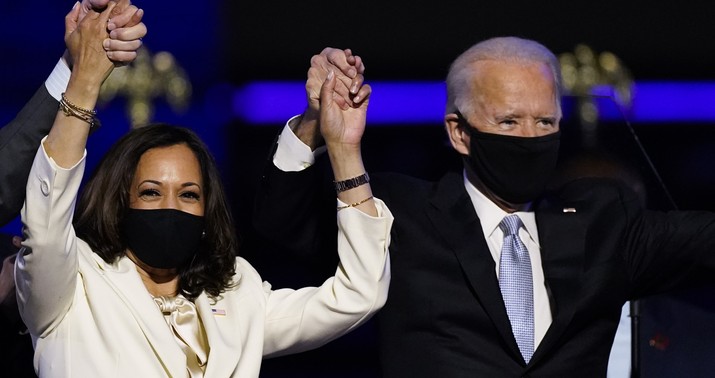 H.R. 40 has been introduced every year for decades but has never had as much support as it does this year. The bill would set up a commission to study the issue of reparations. Both President Biden and VP Harris have said they support the idea of a commission though Biden hasn’t endorsed H.R. 40 specifically.

Despite the enormity of the task behind the legislation known as H.R. 40 — named for the “40 acres and a mule” that has come to symbolize the post-Civil War government’s failure to help formerly enslaved people — the bill has new political momentum since its last introduction in 2019, when the GOP controlled the White House and Senate. The nationwide protests last summer following George Floyd’s killing have raised public awareness of racial injustice and kick-started a national conversation that advocates for a reparations dialogue see as valuable…

Rep. Sheila Jackson Lee (D-Texas), lead sponsor of the legislation, touted its growing support at Wednesday’s hearing. But Utah Rep. Burgess Owens, the ranking member on the Judiciary subpanel and its only Black Republican, opposed the reparations bill as “impractical and a non-starter.”

Owens said he saw reparations as a quasi-socialist redistribution of wealth program and instead proposed changes in education and health care policy with a focus on Black youth.

Sen. Mitch McConnell has said he’s against it as well, which means passing it through the Senate could be difficult.

“I don’t think reparations for something that happened 150 years ago, for whom none of us currently living are responsible is a good idea,” McConnell told reporters. “We tried to deal with our original sin of slavery by fighting a Civil War, by passing landmark civil rights legislation. We elected an African American president. I think we are always a work in progress in this country. But no one currently alive was responsible for that, and I don’t think we should be trying to figure how to compensate for that.”

During the 2019 hearing, Ta-Nehisi Coates, author of “The Case for Reparations,” rejected McConnell’s argument that “America should not be held liable for something that happened 150 years ago, since none of us currently alive are responsible. This rebuttal proffers a strange theory of governance that American accounts are somehow bound by the lifetime of its generations. But well into the century, the United States was still paying out pensions to the heirs of Civil War soldiers. We honor treaties that date back some 200 years despite no one being alive who signed those treaties.”

Coates makes a good point, though in the case of slavery the situation is more complicated because there is no existing, agreed upon treaty or debt that we are talking about continuing to pay 150 years later. The argument in this case is that the U.S. initially made a promise which was later rescinded but should not have been. Specifically, Sherman’s Special Field Orders No. 15 gave freed slaves 40 acres of land along the coast of South Carolina. There is disagreement over whether this was intended to be permanent. The language of the order sounds permanent, but Sherman later wrote that this was never meant to be a land grant but was intended as a temporary provision until Congress could act.

Congress did create the Freedmen’s Bureau in 1865 which offered to lease up to 40 acres to freed slaves with the promise they could eventually buy the land. However after Lincoln’s death President Andrew Johnson undercut these plans by pardoning confederate landowners. Most of the land held by the Freedman’s Bureau was returned to southern owners who had sworn an oath of loyalty.

So the idea that we still owe a debt to freed slaves is a bit more complicated. In fact it’s arguable that reparations of the kind people often have in mind today were never intended, certainly not by Congress. To be fair, reoperations proponents have proposed all sorts of ideas, only some of which involve cash payments, so that’s not the only thing potentially on the table.

But how much would all of this cost if some sort of direct transfer were approved? A professor who has studied this at Duke University suggests the figure could be as high as $13 trillion.

“We’re talking about moving from about two-and-a-half trillion dollars to $13 trillion in wealth among Black Americans,” Darity said. “So I’d like to see how each of these individual initiatives would actually do that. And I’ve never seen anybody actually demonstrate that in any kind of convincing way.”

I don’t think that’s going to pass at a moment when a tremendous number of people are out of work thanks to the pandemic, but Democrats may be able to create the commission that would get the ball rolling.

VA Passes Bill Barring Some Convicted of Misdemeanors From Having Guns