Chicago teachers refused to return to school Monday, students are expected next week (Update: It’s all up to Democrats) 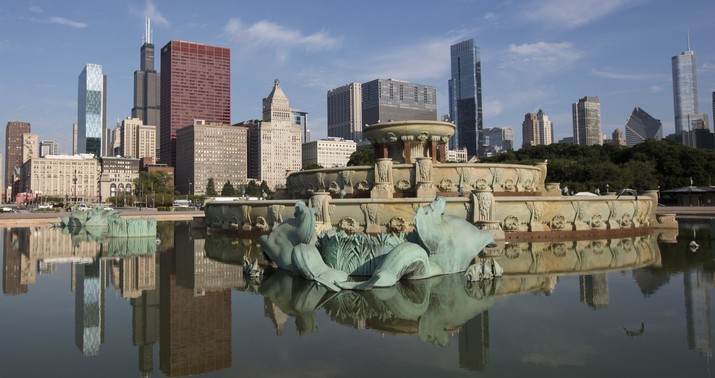 Teachers in Chicago were supposed to return to schools Monday morning to prepare for the return of students to classrooms next Monday. But Sunday the teacher’s union held a vote and members decided not to return. Instead they say they will continue remote learning only. Here’s the announcement yesterday from the union:

With 86 percent voter participation, 71 percent of voting members have spoken in favor of continued remote work tomorrow, the first day the Board of Education requires educators in kindergarten through eighth grade to appear in person. Students do not return until Feb. 1, 2021…

The core of our fight remains the need for rules to maintain health and safety, committees to enforce those rules, voluntary staff return, testing for students and staff, and an agreed-upon health metric to go into effect should COVID-19 cases and positivity start to increase.

In response to this vote, Chicago Public Schools announced that the return to classrooms for teachers would be delayed until Jan. 27, Wednesday, but the return of students is still scheduled for next Monday.

There is ongoing disagreement about whether this action represents a strike. Teachers say it does not because they haven’t voted to stop working only refused to work in schools. It’s not clear to me how that works since they are supposed to be in their classrooms this week preparing for the return of students next week. If they aren’t doing that prep in their classrooms, what are they doing instead? The point is, the district has said this work (in-class prep) needs to be done and teachers have said no. It sounds pretty close to a strike.

The situation will become even clearer next week. If students show up for class and teachers aren’t there is that a strike? Can the teachers still claim they haven’t voted to stop work if they aren’t where the work is happening? Will they demand monitors be set up so teachers at home can teach students in class? I don’t see that going well.

The argument from the teacher’s union is that during the first phase of reopening for special needs students, only 19% of students returned. That’s true but the percentage of students expected next week is nearly double that:

About 37% of preschool through eighth grade students have opted to return to classrooms, 47% chose to continue remote learning and 16% did not respond, according to CPS figures on the students who make up the second wave of in-person instruction. No return date has been set for high school students.

Even if the district agreed to having some teachers have online-only classes, why can’t those teachers teach them from school? The basic argument here is about the risk of the pandemic but there’s no risk posed by an empty classroom. I guess there’s some risk from walking through the halls before and after work to get to the classroom but that’s not any greater than going to the supermarket. I’m sure teachers are still doing that.

At this point, the situation is such a mess that Mayor Lori Lightfoot is talking about it in terms of a reason for parents to leave the city permanently:

“Here’s what I’m hearing from residents all around the city and from parents in particular: If we don’t have stability in the public school system, why should we stay in Chicago? If we have to worry about lockouts and strikes, particularly after a historic contract where everyone thought we had bought labor peace for five years, people vote with their feet,” Lightfoot said. “And what I worry about is with young families, one of the first questions they ask is, ‘How is the school system?’ And if the answer is, ‘completely rife with strife and uncertainty,’ that sends a real message: Don’t stay in Chicago.”

Lightfoot said the city needs to be “growing our population, not shrinking it” and said “the public school system is a critical part of our economic future.”

I don’t know if many parents will pick up and leave because of this but it’s certainly a discouragement for moving to the city from elsewhere. And that’s especially true if negotiations don’t pan out this week and teachers don’t show up for class next Monday. Some teachers who failed to report for the first phase of reopening are now locked out:

So there’s a genuine showdown coming next Monday. Stay tuned to find out what happens.

Update: This opinion piece in the Post points out the obvious. Whether or not Chicago stands up to teacher’s unions is up to Democrats.

This simply cannot stand. Surely schools should accommodate teachers who are at genuine risk because of their age or co-morbidities. But that does not justify a general refusal to do the jobs teachers are getting paid for.

This is a challenge for Illinois Democrats. They hold every lever of power in the state and Chicago, including the governor’s mansion, mayor’s office and large majorities in the state legislature and Chicago City Council. If they cannot solve this problem quickly, the buck stops with them…

It is a potential problem for national Democrats, too. Teachers unions are among the staunchest backers of the Democratic Party at all levels. That gives them great leverage when Democrats control government, as they do in most large cities and the federal government. If the CTU revolt spreads, Democrats across the country will be forced to choose between their backers and parents. That’s a choice they will want to avoid, which union leaders surely know and will be tempted to use to extract concessions as a price for reopening schools.

No doubt the political implications of this help explain why President Biden whiffed on this yesterday.