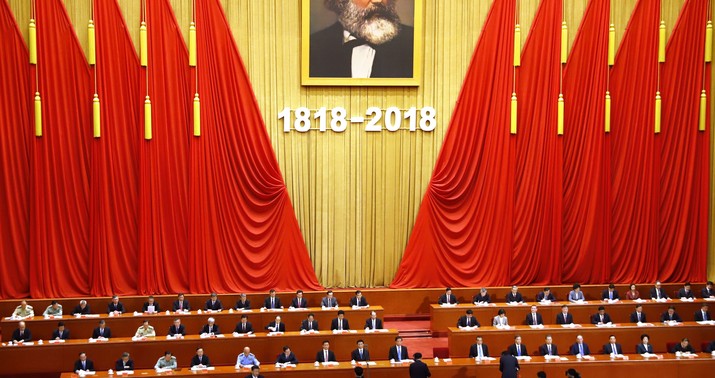 Foreign Policy published a piece today outlining the ways in which China’s government uses the resources of its biggest tech firms to gather data on foreigners including Americans. In China, the government has complete control of every aspect of life including multi-billion dollar corporations. The CCP leverages that control to effectively make the corporations an unofficial part of the state’s intelligence services.

In the final years of the Obama administration, national security officials had directed U.S. spy agencies to step up their intelligence collection on the relationship between the Chinese state and China’s private industrial behemoths. By the advent of the Trump era, this effort had borne fruit, with the U.S. intelligence community piecing together voluminous evidence on coordination—including back-and-forth data transfers—between ostensibly private Chinese companies and that country’s intelligence services, according to current and former U.S. officials. There was evidence of close public-private cooperation occurring on “a daily basis,” according to a former Trump-era national security official. “Those commercial entities are the commercial wing of the party,” the source said. “They of course cooperate with intelligence services to achieve the party’s goals.”…

In what amounts to intelligence tasking, China’s spy services order private Chinese companies with big-data analytics capabilities to “condition”—that is, work up or process—massive sets of information, including from hacks like the massive breach of the U.S. Office of Personnel Management (OPM), that have intelligence value, according to current and former officials. This data then promptly flows back to Chinese state entities, they say.

“Just imagine on any given day, if NSA and CIA are collecting information, say, on the [Chinese military], and we could bring back seven, eight, 10, 15 petabytes of data, give it to Google or Amazon or Microsoft, and say, ‘Hey, condition this on the weekend. We want all these analytics; get it back to us next week.’ That’s what they do. They have Alibaba and they have Baidu. We don’t have that,” a current senior intelligence official said.

The collaboration isn’t always after the fact. According to an unnamed former CIA agent, Chinese tech company Tencent which operates broadcasting and social media services accepted money early on from China’s Ministry of State Security. Of course Tencent denies this. All of the companies involved deny it but there’s no doubt it’s happening.

Of course it’s not just personal date China is interested in. It’s also corporate data and trade secrets, something they’ve been stealing from U.S. companies for decades. One of their main targets was U.S. military and aerospace technology. In 2018, Wired wrote a story about these efforts including Chinese attempts to steal plans for the C-17 cargo plane.

A $202 million-per-unit craft developed by Boeing, the C-17 had been one of the most expensive military planes ever developed by the US Air Force, costing more than $31 billion to create in the 1980s and ’90s. Since its completion, the C-17 had become a key means of delivering troops, vehicles, and supplies to the front lines of the wars in Afghanistan and Iraq, as well as delivering humanitarian supplies the world over. It’s also used to transport the president’s armored limousines around the globe.

American intelligence agencies knew that, for years, the Chinese had been struggling to build their own large cargo plane, a necessary tool for any modern military that wants to project its power over a large area. Now Beijing was evidently making some headway—by raiding Boeing’s trade secrets to build what was essentially a Chinese version of the C-17.

Right away, the FBI alerted Boeing to the intrusions. (Boeing declined to comment on this story.) After that, agents in Los Angeles began wading through encrypted attachments and translating each message from Chinese. The emails would ultimately give them an incredibly detailed picture of the inner workings of a Chinese espionage operation. Not only that, they realized, it might also give them a chance to actually arrest someone. Two of the conspirators—the ones who did the actual hacking—were out of reach in China. But the third was a successful businessman named Su Bin, and he was based right here in North America, just a three-hour flight from the agents’ offices in LA…

According to court records, once the hackers got inside a network—through “painstaking labor and slow groping,” as they put it—they went back to Su Bin. They would send him lists of the files they’d uncovered; he would then highlight in yellow the most valuable documents that they should exfiltrate, guiding them through what they were uncovering…

ALL TOLD, ACCORDING to their own accounting, Su and his two Chinese partners stole 630,000 files related to the C-17, totaling about 65 GB of data. “We safely, smoothly accomplished the entrusted mission in one year, making important contributions to our national defense scientific research development and receiving unanimous favorable comments,” the team wrote.

The theft of the billions worth of C-17 design data only cost China about $1 million. The two Chinese military personnel who ran the operation will never be prosecuted. And China did eventually roll out a knockoff of the C-17 called the Xian Y-20.

Unfortunately, most Americans still don’t realize that every part of China’s economy ultimately works for the Communist Party and serves its goals whether it wants to or not. So long as we allow the CCP to keep looting our country of data, China will continue to succeed at our expense.