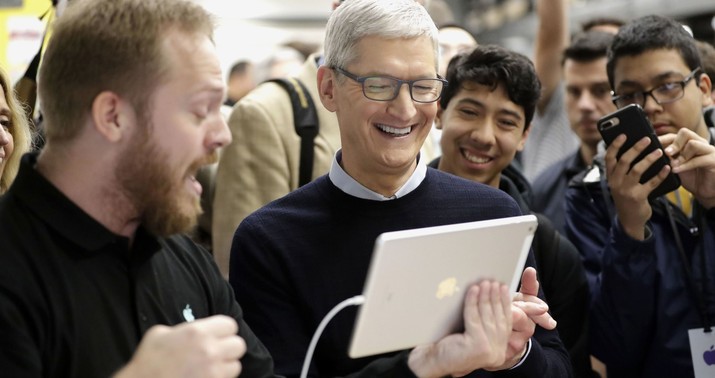 Remember Gawker? The site was a kind of tabloid for the progressive elite. Muckraking for the woke before woke was really a thing. But the site was eventually sued out of existence by Hulk Hogan, aka Terry Bollea, after it published a sex tape of him. There was no real reason to publish the tape. It didn’t serve any journalistic purpose that wouldn’t have been served by describing what was on the tape. But going too far was Gawker’s thing and in this case it turned out to be a costly one.

The lawsuit that finally ended Gawker was funded by another former target of the site, billionaire Peter Thiel. Gawker had outed Thiel in 2007 and Thiel clearly never forgot it. But he wasn’t the only person they outed. Gawker was also the first site to openly identify Apple’s Tim Cook as gay back in 2008. Cook didn’t forget either, which is apparently why he recently killed a TV show about Gawker that was in development at Apple TV.

The show was called “Scraper,” but it was clearly about Gawker Media, the network of aggressive, transgressive blogs that created mischief and headaches for America’s powerful until its targets sued the company into oblivion in 2016.

Then, an Apple executive got an email from the company’s chief executive, Tim Cook.

Mr. Cook, according to two people briefed on the email, was surprised to learn that his company was making a show about Gawker, which had humiliated the company at various times and famously outed him, back in 2008, as gay. He expressed a distinctly negative view toward Gawker, the people said. Apple proceeded to kill the project. And now, the show is back on the market and the executive who brought it in, Layne Eskridge, has left the company. Gawker, it seems, is making trouble again.

Tim Cook nuked this show from orbit, which is the sort of thing you can do when you’re the CEO of one of America’s largest companies.

Ben Smith (author of the NY Times piece) tries to suggest that this is some sort of worrying sign about corporate control of media: “the chief executive of one of the biggest companies in the world, who testifies before Congress and negotiates with China, also decides what television shows get made.”

Well, yeah, he runs the company including the small part of it that makes TV shows. Why would he fund a show lionizing a defunct news outlet that got involved in his personal life? And in Gawker’s case that’s not a minor side story unconnected to their broader significance. It’s the thing they are remembered for. Again, why would Apple want to prop up Gawker’s corpse? Why would anyone?

In any case, the idea that CEOs of big companies are suddenly making decisions about what shows get made is just silly. CEOs of big companies have always decided what shows get made and those decisions have never been above politics or apart from personal feelings. Maybe what Smith objects to is that this is just a sideline for Tim Cook, a very small part of his day job.

The NY Times isn’t any different. They’ll publish a mostly positive review of a movie in which Stalin apologist Walter Duranty is a villain but they didn’t fund the film and it would be odd to expect them to do so.