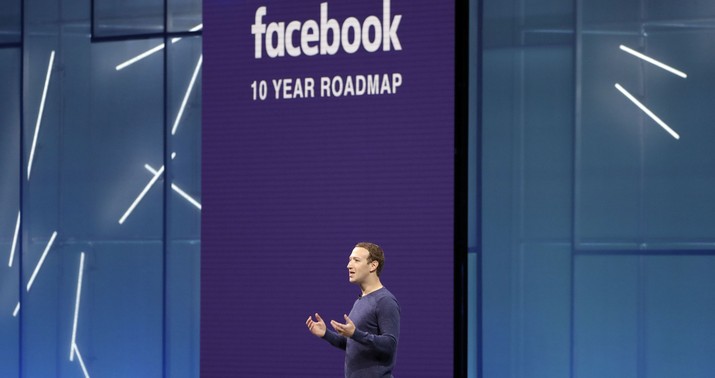 The Federal Trade Commission and attorneys general for 46 states have filed parallel lawsuits accusing Facebook of maintaining a monopoly on personal social media by either buying or burying its rivals. The suit seeks to force the company to divest itself of acquisitions such as Instagram and What’s App in order to allow for potential rivals to challenge the company’s dominance. From the FTC lawsuit:

Facebook is the world’s dominant online social network. More than 3 billion people regularly use Facebook’s services to connect with friends and family and enrich their social lives. But not content with attracting and retaining users through competition on the merits, Facebook has maintained its monopoly position by buying up companies that present competitive threats and by imposing restrictive policies that unjustifiably hinder actual or potential rivals that Facebook does not or cannot acquire…

The lawsuit goes into some detail about Facebook’s acquisition of Instagram:

Facebook initially tried to compete with Instagram on the merits by improving its own mobile photo-sharing features. But by September 2011, Mr. Zuckerberg saw that Facebook had fallen far behind, writing internally: “In the time it has taken us to get ou[r] act together on this[,] Instagram has become a large and viable competitor to us on mobile photos, which will increasingly be the future of photos.”

So Facebook fell back on the philosophy that “it is better to buy than compete.” In February 2012, Mr. Zuckerberg acknowledged that if left independent—or in the hands of another acquirer like Google or Apple—Instagram threatened to leave Facebook Blue “very behind in both functionality and brand on how one of the core use cases of Facebook will evolve in the mobile world.” Emphasizing that this was a “really scary” outcome for Facebook, Mr. Zuckerberg
suggested “we might want to consider paying a lot of money” for Instagram…

On April 9, 2012—the day Facebook announced it was acquiring Instagram—Mr. Zuckerberg wrote privately to a colleague to celebrate suppressing the threat: “I remember your internal post about how Instagram was our threat and not Google+. You were basically right. One thing about startups though is you can often acquire them.”

The suit goes on to lay out a similar situation with the acquisition of What’s App, which Facebook saw had the potential to grow into a mobile phone rival to Facebook.

The parallel lawsuit filed by 46 states says Facebook did the same thing with its early rivals like FriendFeed, which the company bought in 2009:

FriendFeed was a real-time feed aggregator that pulled together feed content from other sources on its main page, similar to Facebook. Early conversations about an acquisition of FriendFeed in 2007 focused on the potential value of bringing that company’s engineering talent on board. Ultimately, however, it was the fear that FriendFeed posed a competitive threat on its own or in the hands of a potential rival that drove Facebook to take action. In August 2009, believing that Twitter was in the process of trying to acquire FriendFeed, Facebook made an aggressive overture to the company. Chief Product Officer Chris Cox told Zuckerberg that blocking Twitter from acquiring this asset was of paramount importance, saying: “Them going to twitter would be a bad scene.”

On August 10, 2009, FriendFeed accepted Facebook’s offer. As Facebook employees internally discussed via email on the day of the acquisition, “I remember you said to me a long time (6 months ago): ‘we can just buy them’ when I said to you that Friendfeed is the company I fear most. That was prescient! :).”

As for what the lawsuit is seeking in terms of a remedy, it specifically asks that the acquisitions of Instagram and WhatsApp be found in violation of the Clayton Antitrust Act, a 1914 law which regulates mergers and acquisitions that reduce competition. The lawsuit also seeks to prevent Facebook from making similar moves in the future toward other competitors.

Facebook hasn’t released a response to the lawsuits yet but it did promise one was coming on Twitter:

We're reviewing the complaints & will have more to say soon. Years after the FTC cleared our acquisitions, the government now wants a do-over with no regard for the impact that precedent would have on the broader business community or the people who choose our products every day.

Here’s a CNBC report on the lawsuits. One of the reporters featured here says this is another example of “bipartisan backlash” against Facebook. There is a backlash against the company from the left and right but the reasons are very different. The right is upset with Facebook for limiting conservative voices on the site. The left is upset the company doesn’t do more to stifle them. I do wonder if this lawsuit would be happening if not for the consensus on the left that Facebook was too friendly to President Trump.