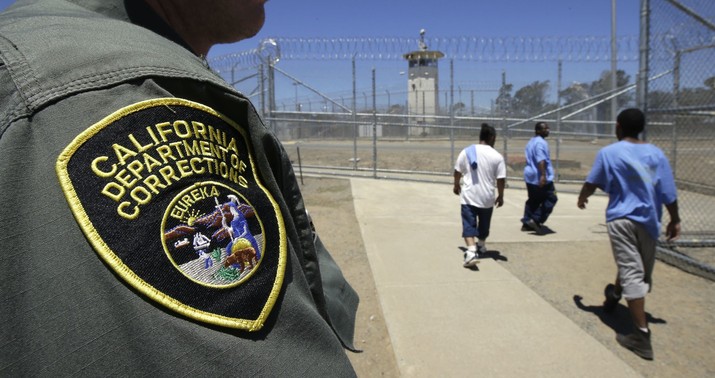 Last month I wrote about a rapper calling himself Nuke Bizzle who was arrested after posting a music video on YouTube in which he bragged about defrauding California’s Employment Development Department (EDD) of more than a million dollars. It turns out Bizzle was just the tip of the iceberg.

Tuesday a group of District Attorneys in California announced what they called “the most significant fraud on taxpayer funds in California history.” Thousands of California inmates applied for and received unemployment benefits in the form of pre-paid EDD cards. More than 100 of the beneficiaries of this fraud are currently on death row:

In most cases, task force members said, the payments were sent in the form of prepaid debit cards to addresses designated on the applications, with the proceeds later deposited to inmate accounts in jail and prisons, but in some, the benefits were sent directly to the institutions.

Among the named beneficiaries: Cary Stayner, a serial killer who murdered four women near Yosemite National Park in 1999; Wayne Ford, another serial killer, who confessed to at least four murders in 1997 and 1998 in Northern California; Scott Peterson, convicted in 2004 of the murder of his pregnant wife, Laci; and Isauro Aguirre, who, with his girlfriend, tortured and murdered her 8-year-old son, Gabriel Fernandez, in 2013 in Palmdale, Calif…

But again, those totals are just the tip of the iceberg. The prosecutors suspect the actual amout of this fraud “could total nearly $1 billion.”

How did this happen? Well, on the prisoner side of things it was easy. Word spreads that the state is giving away money and someone, usually a relative on the outside, signs up for the money using the prisoner’s name and identity. Then when the card arrives the prisoner gets a cut. Word spreads quickly and soon everyone is in on the easy money fraud.

On the bureaucratic side, a couple of excuses are being offered. First, California’s employment department was under intense pressure to quickly process millions of unemployment applications, meaning they had no time to check individual names. Second, unlike most states, California had no system to crosscheck applications with the state’s prison population. That left the state wide open to this type of fraud.

The prosecutors contend that the fraud is preventable with systems used by other states that check inmate data against unemployment claims before paying them. They asked Newsom to step in to “turn off the spigot” of payments to incarcerated people, contending that EDD’s response to their investigations has been “slow to nonexistent,” according to Sacramento County Dist. Atty. Anne Marie Schubert, who helped form and lead a task force on the issue.

Kern County Dist. Atty. Cynthia Zimmer, whose district has five prisons, the most of any county in California, called the scope of the scams shocking. Zimmer said her office had found about $16 million in allegedly fraudulent claims in her county alone.

“I’ve been a prosecutor for 36 years,” she said. “I have never seen fraud of this magnitude.”

So the bottom line here is that California’s criminal class has just pulled off the biggest robbery of public funds in state history thanks to an epic level of bureaucratic incompetence. If someone had walked into a bank and demanded a billion dollars they would be quickly caught and sent to jail. But in this case I doubt the thousands of people involved in this massive fraud will see any consequences. After all, many of them are in jail already and the ones who aren’t will get a pass because Gov. Newsom doesn’t want to spend the next year focused on this massive failure on his watch. The Democrats that run California from top to bottom have no one else to blame so expect this to be swept under the rug. Most of the money won’t be recovered and no one will even get fired for this failure. Prove me wrong California Dems.