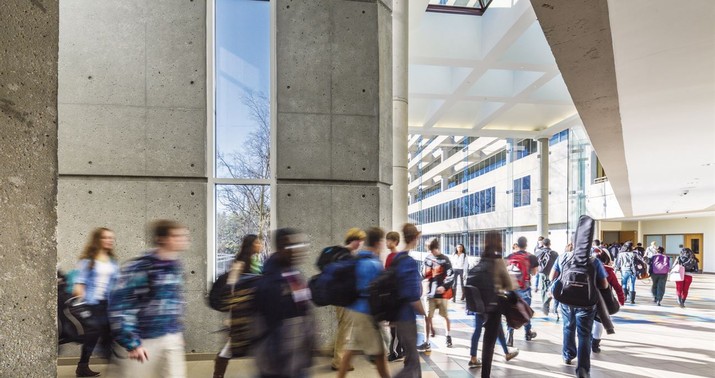 Fairfax is the largest school district in the state of Virginia. A recent demographic survey concluded Fairfax was the 7th richest county in the United States with a poverty rate about half that of the national average. If you’re living in Fairfax, you’re probably doing pretty well.

But data from Fairfax schools shows that the switch to online learning has not been good for students. The rate of failure is up substantially for all groups but especially for Middle School students:

Between the last academic year and this one, which for most students is taking place remotely, the percentage of F’s earned by middle school and high school students jumped from 6 percent of all grades to 11 percent — representing an overall increase of 83 percent from 2019 to 2020. Younger students were more seriously affected than older ones: Middle-schoolers reported an overall 300 percent increase in F’s, while high-schoolers reported a 50 percent increase…

Failure, literally getting an F, is just one measure of what is happening. But it’s clear that a large percentage of students are underperforming in both math and English compared to previous years, even if they aren’t failing outright:

It also showed that student achievement is seriously off-track in mathematics and English, the two course subjects studied, from what would have been expected based on past performance. According to the analysis, 35 percent of all Fairfax students are underperforming in math and 39 percent are underperforming in English.

Overall, students who were considered excellent students in previous years probably continue to be excellent students. But those who struggled in previous years are doing much worse in online classes: “Historically low-performing students are seeing an explosion of C’s, D’s and F’s this semester, the analysis states, far more than would have been expected based on their pattern of achievement in past years.”

The Post report focuses a lot of attention on the declines of non-native speakers and children with disabilities but the most striking statistic to me was the 300% increase in failure among Middle School students. That’s a huge jump and it means that a lot of kids are not going to be prepared to transition successfully into high school. Fairfax is trying to adjust, adding catch-up classes but it’s hard to believe that’s going to make up for a year of declines like this.

What’s really worrisome is the bigger picture. Fairfax County is one of the most well-off counties in the U.S. and is generally considered to have an excellent school system. If failure rates are doubling there, what is happening in more average counties across the country? It’s a safe bet that things are even worse in many school districts that don’t have the same top teachers or the same resources at home.

The bottom line here is that we have got to get kids back to school because online school is not working out well for a lot of them.

Update: Fairfax was singled out this summer by the Trump administration as a school district that needed to reopen: