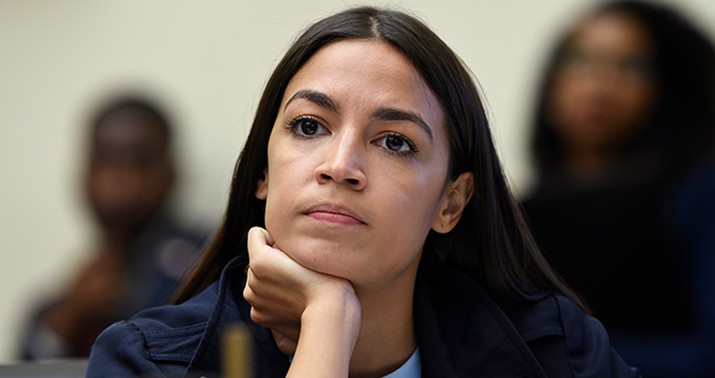 Progressives helped elect Joe Biden this year but some of them are still angry about 2016 and seem traumatized that Donald Trump came so close to winning a second term. The problem as they see it is the Electoral College which makes it possible to win the White House without winning the most votes. Over at Vox, Ezra Klein daydreamed out loud about what might have been if not for the dreaded Electoral College:

Imagine that, four years ago, Donald Trump lost the presidential election by 2.9 million votes, but there was no Electoral College to weight the results in his favor. In January 2017, Hillary Clinton was inaugurated as president, and the Trumpist faction of the GOP was blamed for blowing an election Republicans could have won…

Take the most recent election. Joe Biden is on track to beat Donald Trump by around 5 million votes. But as my colleague Andrew Prokop notes, a roughly 50,000-vote swing in Arizona, Georgia, and Wisconsin would have created a 269-269 tie in the Electoral College, tossing the election to the state delegations in the House, where Trump would’ve won because Republicans control more states, though not more seats. Trump didn’t almost win reelection because of polarization. He almost won reelection because of the Electoral College.

A day later, NY Times columnist Jamelle Bouie made a similar complaint. And once again, he’s trying to terrorize his readers with how close Trump came to winning again:

Last year I wrote that the Electoral College, an archaic and outmoded system that runs contrary to our democratic principles and intuitions, was the “greatest threat to our democracy.”

Somehow, this was an understatement…

We are living through a period in which, for reasons of geographic polarization in particular, the Republican Party holds a powerful advantage in the Senate and the Electoral College, and a smaller one in the House of Representatives. Twice in 20 years they’ve won the White House without a majority of votes. A few shifts here and there, and Trump might have won a second term while losing by a popular vote margin nearly twice as large as the one he lost by in 2016.

He concludes, “the Electoral College is a loaded gun, waiting to be fired. We’ll disarm and disassemble it as soon as possible, if we value this democracy of ours.”

So is this really likely to happen? Are we going to disassemble the Electoral College to benefit Democrats? In a word, no. Today the Times published an opinion piece by Johns Hopkins University political science professor Stephen Teles which is titled “Our Political System Is Unfair. Liberals Need to Just Deal With It.” He opens by noting that despite electing Biden, it’s very unlikely Democrats will be able to institute any of the big changes on their wish list in the next four years:

Even if Democrats somehow squeak out wins in both Georgia Senate races, the Senate will then pivot on Joe Manchin of West Virginia.

Not only does this take much of the liberal wish list off the table, it also makes deep structural reform of federal institutions impossible. There will be no new voting rights act in honor of the late Representative John Lewis, no statehood for Washington, D.C., and Puerto Rico, and no Supreme Court packing. For that matter, the filibuster will not be eliminated, which would have been the essential predicate for all of those other changes as well as expansive climate or health care legislation.

Teles suggests it’s this inability to do much of anything that is really driving people like Klein and Bouie crazy. As he puts it, the left sees the Electoral College as the reason “liberals can’t have nice things.” But from there Teles says there’s only one solution: Democrats need to suck it up.

Liberals need to adjust their political strategy and ideological ambitions to the country and political system we actually have, and make the most of it, rather than cursing that which they cannot change…

If Democrats at some point get a chance to get full representation for Washington, D.C., they should take it. But beyond that, there are few if any pathways to changing either the Electoral College or the structure of the Senate. So any near-term strategy for Democrats must accept these structures as fixed.

In order to make do with things as they are, Teles recommends that Democrats (and he clearly counts himself as one of them) should organize in all 50 states and learn to manage their own internal differences better. Specifically, he suggests it’s clear that far left pieties “don’t travel well.”

We also need to recognize that the cultural values and rituals of Democrats in cosmopolitan cities and liberal institutional bastions like universities do not seem to travel well. Slogans like “defund the police” and “abolish ICE” may be mobilizing in places where three-quarters of voters pull the lever for Democrats. But it is madness to imagine that they could be the platform of a competitive party nationwide.

He says this doesn’t mean telling the Squad to shut up to keep from scaring the crap out of moderate voters. It just means creating “internal norms of pluralism and coexistence.” At this point the piece ends by once again stating that daydreaming about abolishing the Electoral College is “pointless.”

Teles is certainly right about the likelihood that the Electoral College is going to disappear. But I think he glosses over just how serious the divide is within his own party between the moderates and the Squad. Democratic Socialists like AOC aren’t interested in what works best for the party as a whole. Her project is openly to undermine and challenge moderate Democrats in hopes of replacing them with progressives. The fact that this mostly hasn’t worked and has arguably led to the loss of 10 House seats in this election doesn’t matter to AOC. She has already blamed the failure of moderates on their poor social media outreach. It really never seems to occur to her that she could never win a race in a red district.

And that’s the Democrats’ real problem. A significant portion of the party wants America to shift somewhere to the left of Sweden or France (for a start) and they aren’t interested in compromising that vision with anyone who doesn’t feel the same way. The bigger the party gets and the closer it gets to power, the more obvious those internal divisions will become. And that will make it much harder to appeal to the more moderate voters they need to win elections.

Simply put, the far left is on a crusade to remake the country in the image of America’s most progressive college campuses and they care more about the purity of that vision than they do about winning elections.

Update: The Washington Post published an editorial titled “Abolish the Electoral College” Sunday. Naturally they claim this isn’t about partisanship:

We believe that Mr. Trump’s election was a sad event for the nation; his reelection would have been a calamity; we hope Mr. Thiessen is wrong about 2024. But we would be making this argument no matter which party seemed likely to benefit. If Democratic nominee John F. Kerry hadn’t lost Ohio by just 120,000 votes in 2004, he would have won an electoral college victory despite trailing President George W. Bush by 3 million votes in the national count. That would have been a problem, too.

Americans are not going to be satisfied with leaders who have been rejected by a majority of voters, and they’re right not to be. It’s time to let the majority rule.

Suck it up, editorial board.

There It Is: Pelosi Snaps at Reporters, Makes Stunning Admission About Why She Stalled Virus Relief Bill