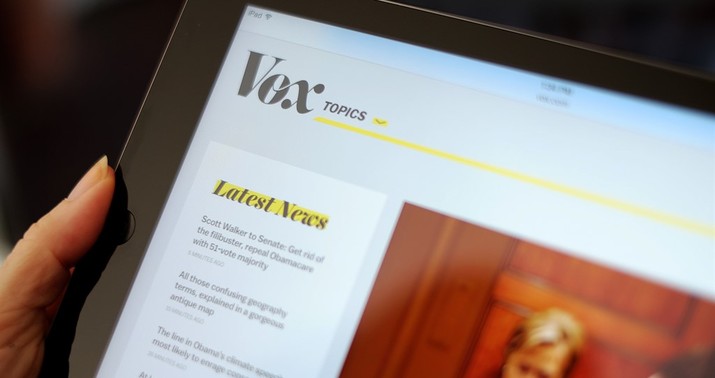 Bari Weiss resigned from the NY Times in July after months of riling up her progressive colleagues behind the scenes with favorable pieces on the “Intellectual Dark Web,” a group perhaps best known for their criticisms of woke politics.

On the same day that Weiss announced her departure, Andrew Sullivan also announced he was leaving New York Magazine. Sullivan was very blunt about why he’d been asked to move on.

A critical mass of the staff and management at New York Magazine and Vox Media no longer want to associate with me…They seem to believe, and this is increasingly the orthodoxy in mainstream media, that any writer not actively committed to critical theory in questions of race, gender, sexual orientation, and gender identity is actively, physically harming co-workers merely by existing in the same virtual space. Actually attacking, and even mocking, critical theory’s ideas and methods, as I have done continually in this space, is therefore out of sync with the values of Vox Media.

Something similar nearly happened to Lee Fang, another Intercept author, earlier this summer. He published a video interview that offended one of his woke co-workers who promptly accused him of being a racist. Fang had to make a groveling apology in order to keep his job.

As of today you can add Matt Yglesias to that list of people ousted from left-wing sites for failing to be sufficiently woke. Yglesias co-founded Vox with Ezra Klein in 2014. If you know anything about Vox then his explanation of why he left is pretty pointed:

Today is my last day as a senior correspondent at Vox.com (still hosting The Weeds though!). I love Vox, but there was an inherent tension between my status as a co-founder of the site and my desire to be a fiercely independent and at times contentious voice…

Much too much of current political debate consists of people clicking “like” on content that flatter their prejudices and biases — content that is usually crafted by other people in order to harvest those clicks.

Ezra Klein launched Vox with the promise to do something about the problem of cultural cognition and six years later his co-founder is basically saying he left Vox because it had become clickbait for like-minded lefties. Which, by the way, is pretty accurate if you subtract Yglesias from the mix. He was one of the few writers at the site willing to say something critical of the left’s orthodoxy.

In fact, just last week I wrote favorably about a piece Yglesias published at Vox arguing that identity politics was hurting Democrats with Hispanic voters because many were not as woke as white progressives expected them to be. Yglesias only published three more pieces at Vox after that one.

Over at the Atlantic Conor Fridersdorf has a piece about Yglesias’ departure and from there I think you can discern a bit of what must have been going on behind the scenes at Vox:

Yglesias felt that he could no longer speak his mind without riling his colleagues. His managers wanted him to maintain a “restrained, institutional, statesmanlike voice,” he told me in a phone interview, in part because he was a co-founder of Vox. But as a relative moderate at the publication, he felt at times that it was important to challenge what he called the “dominant sensibility” in the “young-college-graduate bubble” that now sets the tone at many digital-media organizations…

He said he believes that certain voguish positions are substantively wrong—for instance, abolishing or defunding police—and that such arguments, as well as rhetorical fights over terms like Latinx, alienate many people from progressive politics and the Democratic Party.

“There’s been endless talk since the election about House Democrats being mad at the ‘Squad,’ and others saying, ‘What do you want, for activists to just not exist? For there to be no left-wing members of Congress?’” Yglesias told me. “But there’s a dynamic where there’s media people who really elevated the profile of [Alexandria Ocasio-Cortez] and a couple of other members way above their actual numerical standing.”

He’s right about the elevation of AOC but I can’t quite give him a pass on this because, well, I have a long memory. Back in 2018, he actually wrote a piece suggesting it would be best if we amended the constitution so AOC could run for president in 2020. One of his colleagues praised him on Twitter for that piece. Maybe he was embarrassed by it even then or maybe he came to see it as embarrassing sometime later. (I’d ask him but he blocked me on Twitter years ago so there’s no point in trying.)

There’s clearly a trend here that is also a message to everyone else working in left-wing media: Be prepared to toe the line with your woke colleagues or you’ll find yourself out of a job, even if you co-founded the site.