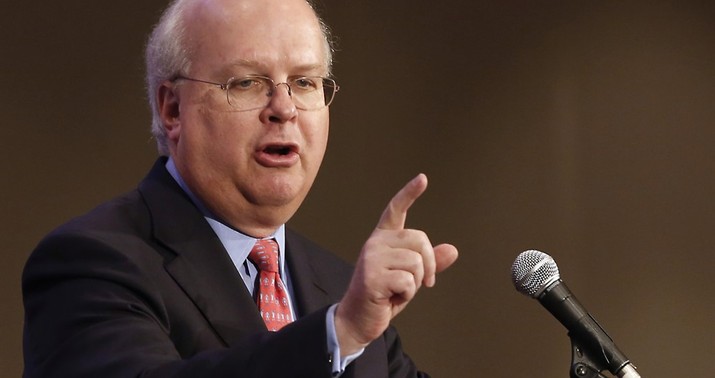 The Wall Street Journal published a piece by Karl Rove this afternoon. It’s headlined “This Election Result Won’t Be Overturned” and that’s the gist of what he has to say. He starts by acknowledging that the 2020 race was not at all what pundits and pollsters predicted:

Pundits predicted a blue tsunami of historic proportions that would carry Democrats into the White House, flip the U.S. Senate, increase Speaker Nancy Pelosi’s caucus by as many as 20 seats, and transform a basketful of red-state legislatures into blue ones just in time for redistricting in 2021. Well, the White House changed hands. But none of the rest happened.

And the rest of the piece is really about President Trump’s chance of prevailing in court or with recounts. Rove says there’s very little chance of that happening given that the only time it has happened in the past is when races were separated by hundreds of votes, not thousands or tens of thousands:

Mr. Trump is now pursuing legal challenges in Pennsylvania, Wisconsin, Michigan, Arizona and Nevada, and there will be an automatic recount in Georgia, given Mr. Biden’s 0.29-point lead there. Senate Majority Leader Mitch McConnell is correct that Mr. Trump is “100% within his rights” to go to court over concerns about fraud and transparency. But the president’s efforts are unlikely to move a single state from Mr. Biden’s column, and certainly they’re not enough to change the final outcome.

There are only three statewide contests in the past half-century in which recounts changed the outcome: the 1974 New Hampshire Senate race, the 2004 Washington governor’s contest, and the 2008 Minnesota Senate election. The candidates in these races were separated, respectively, by 355, 261 and 215 votes after Election Day…

To win, Mr. Trump must prove systemic fraud, with illegal votes in the tens of thousands. There is no evidence of that so far. Unless some emerges quickly, the president’s chances in court will decline precipitously when states start certifying results, as Georgia will on Nov. 20, followed by Pennsylvania and Michigan on Nov. 23, Arizona on Nov. 30, and Wisconsin and Nevada on Dec. 1. By seating one candidate’s electors, these certifications will raise the legal bar to overturn state results and make it even more difficult for Mr. Trump to prevail before the Electoral College meets Dec. 14.

Rove wraps up the piece saying that for every person who was dancing in the street over the results last weekend there was someone else mourning Trump’s loss. But he believes at some point we have to move forward and that President Trump should help unite the country by “leading a peaceful transition.”

That’s not a message the President or his supporters really want to hear right now but Rove is right that while the leads in Wisconsin, Arizona, Georgia and Pennsylvania are very narrow compared to the number of votes case, 10,000 or 20,000 votes is still a big gap that won’t be closed by a recount. The President should get his chance to make his case for systemic fraud in court but so far that effort isn’t going to well. There’s still some time for that to change but, as Rove points out, the clock is ticking.