Oakland voted to defund police, now violent crime is up and residents want the same or more police on the streets 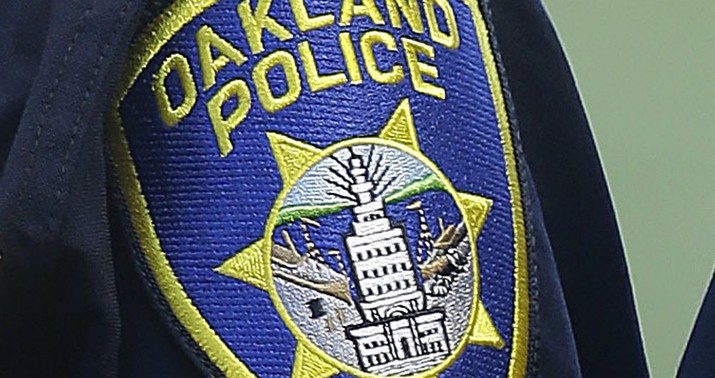 Black Lives Matter co-found Alicia Garza is an Oakland resident. When the push to defund the police kicked off this summer with protests, Oakland was one of the cities that responded most decisively. On July 28, the Oakland City Council voted unanimously to create a 17-member task force whose goal would be to defund the police department budget by 50 percent.

The Oakland City Council unanimously agreed Tuesday night to form a task force that will work on a plan to reconstruct public safety in Oakland — with the goal of reducing the police department budget by 50% over the next two years.

But something has happened in Oakland since that vote was taken. Violent crime is up. There have been 84 homicides in Oakland this year so far compared to 58 last year. The neighborhoods most affected by the surge in violence now say they want the same or more policing, not less:

A wave of gun violence engulfed the flatlands in East Oakland, home to the city’s most impoverished neighborhoods. Homicides spiked. Policymakers — and even the most devoted reformers — had to confront a paradox: that the Black and Latino neighborhoods most threatened by police violence are also the ones demanding better and more consistent law enforcement.

Task force members agreed that police brutality against Black and brown people is too common, that gun violence needs to end and that the city needs more services to address the underlying causes of crime. But while advocates wanted swift, dramatic change, others felt conflicted. In neighborhoods with high crime and slow police response times, Black residents winced at what sometimes felt like preaching from outsiders.

A poll released last week by the Chamber of Commerce showed that, citywide, 58% of residents want to either maintain or increase the size of the police force. That figure climbs to 75% in District 7, an area of East Oakland where gunfire exploded this summer.

Notably, the poll showed that support for increasing the size of the police force is higher among Black voters, at 38%, than white voters, at 27%.

One member of the Reimagining Public Safety Task Force, Ginale Harris, noted that when the group held a recent meeting to discuss plans for defunding the police, no one mentioned a shootout that had taken place the night before:

People popped onscreen to share bold, sometimes controversial ideas, such as keeping police out of homeless encampments and away from sexual assault cases, banning officers from responding to mental health crises and separating the police force from its 911 dispatch center.

Ginale Harris, a member of Oakland’s Reimagining Public Safety Task Force, was baffled. The night before, someone had fired 60 rounds outside her house, a few blocks from the shooting on 84th. Harris and her 12-year-old son had ducked for cover when they heard the bullets hitting cars and homes.

“You got 100 people coming on there, and nobody says one thing about it,” she said later, a sob catching in her throat.

The overwhelming majority of shootings and murders in places like Oakland do not involve police (except after the fact). Police policy needs to be focused on confronting the bulk of the violence that takes place and protecting the people who are most at risk from it. But that’s not BLM’s focus. It has never been BLM’s focus.

BLM drives media coverage of relatively rare instances where unarmed black men are killed by the police. That’s not to say the outrage over these deaths isn’t understandable. When you see video of the death of George Floyd, it’s going to make people angry because it was so unnecessary. But if you redesign your police force with the chief goal of minimizing or eliminating those relatively rare events, you may wind up a force that isn’t staffed or equipped to handle the far more common violence that is the most significant threat to black Americans living in cities like Oakland or Chicago.

I’m not suggesting that there’s some kind of necessary trade off here. You can believe that the shooting and killing of black Americans (or Americans in general) by police happens too often and still also believe that defunding the police is a very bad solution to that problem. Better (and more) training for police is a worthy goal and one that would probably require more resources, not less. But for places like Oakland, defunding police is looking like a slow-motion train wreck that could wind up costing a lot of lives. The city should reconsider before the current wave of violent crime becomes a permanent feature.

Dem pollster: Dump this progressive slogan if you want to win elections

Or “lose the House and the Senate overwhelmingly in 2022.”

Bernie Sanders is a ‘no’ on the coronavirus relief package, joins Republican Josh Hawley in opposition

Is There Another Scenario That Makes Justice Alito's Dec. 9 Response Date Meaningful in Different Way?

Founding Fathers of Silicon Valley Give Up on California, Move to Texas

LA restaurant owner rips Garcetti hypocrisy: Why shut me down while allowing a Hollywood canteen in my parking lot?

“Right here is dangerous. But just walk over there and eat.”