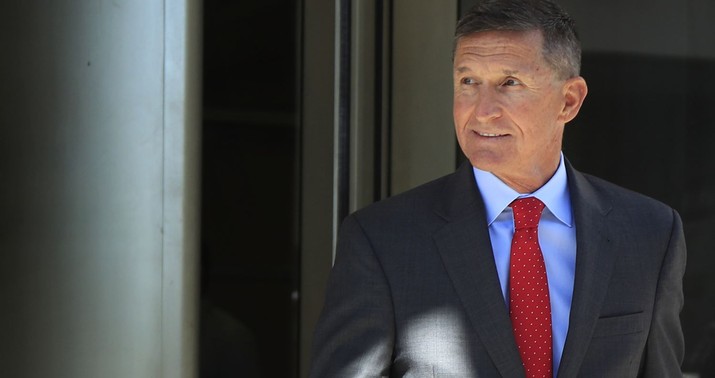 Judge Emmett Sullivan’s efforts to drag out his decision about whether or not to dismiss the case against Michael Flynn continues. Today Flynn demanded that the DOJ review evidence submitted in the case and swear under penalty of perjury that it is accurate:

A federal judge on Friday ordered prosecutors in the Michael Flynn case to swear under penalty of perjury to the accuracy of evidence they had filed after a former FBI agent accused prosecutors of altering documents.

Judge Emmet Sullivan gave the Department of Justice (DOJ) until Monday to attest to the evidence, which includes handwritten notes from former FBI agent Peter Strzok. He also ordered the prosecutors to provide the dates and authors for each filing as well as a transcription for each handwritten document.

Politico has more on the Judge’s order:

In his new order, Sullivan notes that DOJ did not respond to his request to authenticate all 14 exhibits it has filed in support of the dismissal motion.

Unfortunately, the DOJ opened itself up to this scrutiny by making a mistake they have since admitted when submitting two previous documents. Specifically, agents had place two sticky notes with possible dates on two pages of Peter Strzok’s notes. When the DOJ scanned and submitted those to the court, the sticky notes were not removed:

“Those two sticky notes were inadvertently not removed when the notes were scanned by FBI Headquarters, before they were forwarded to our office for production,” [DOJ attorney Jocelyn] Ballantine added. “The government has also confirmed with Mr. Goelman and can represent that the content of the notes was not otherwise altered.”

Assuming the DOJ meets his requirements by Monday will that settle this and allow him to finally make a decision on dismissing the case? Maybe he’s hoping to find some other discrepancy that will generate a new round of headlines and an excuse to further delay his decision. We’ll find out soon enough. But Monday aside, what’s the goal here?

Sullivan has already dragged this out for weeks and at this point it really does look like he’s trying to drag it out past the next election. I’m not sure what that’s supposed to accomplish since Trump’s DOJ will still be in place until January. Maybe he’s hoping to force Trump to pardon Flynn? I don’t know what the endgame is but as far as resistance theatrics go Judge Sullivan is putting on a good show.