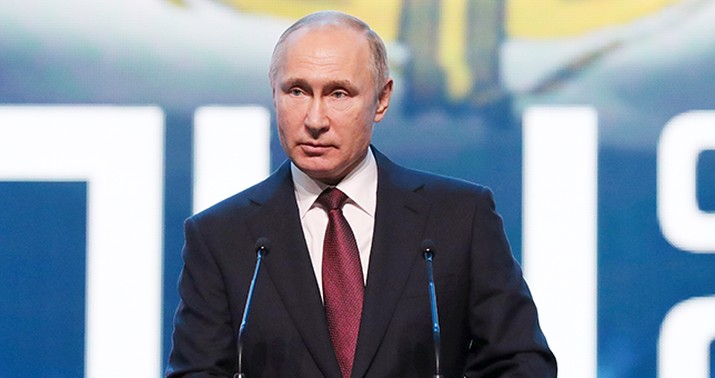 We first started covering this story back in 2017 when a group of U.S. diplomats and spies in Havana, Cuba were targeted with some kind of mysterious weapon. Many of the victims described a high-pitched buzzing sound and said that by leaving a room the sound would go away. There were several subsequent attacks with this mystery weapon and in 2018 U.S. diplomats in China experienced very similar attacks.

By the end of 2018, there was some consensus that Russia was likely behind the attacks, causing what came to be known as Havana Syndrome. Many possibilities for the cause, from poison to sonic weapons were considered but the most likely culprit is now believed to be a microwave weapon which the Soviets developed during the cold war. Such a weapon would explain the directed beam of the attacks (which could be escaped by leaving a room) and the high-pitched noise which is an artifact of directing microwaves at someone’s head known as the Frey effect:

The notion of weaponizing microwaves dates back to the Cold War, when, in 1961, an American biologist named Allan Frey discovered that irradiating a human head with microwaves could produce the sensation of sound—even in deaf ears, even from thousands of feet away. Playing with the frequency and intensity of the microwave beam could produce a range of different sensations in a person. In 2018, Frey told the New York Times that the Soviets took immediate notice of his work and flew him to Moscow, where they squired him around secret military facilities and asked him to give lectures about the effects of microwaves on the brain…

A 1976 report compiled by the Pentagon’s intelligence branch, the Defense Intelligence Agency, reviewed Soviet research on the topic. The report detailed Moscow’s investigation of the effects of microwaves on the nervous system. Soviet, and later Russian, scientists found that exposing an animal’s brain to microwaves changed the frequency at which neurons fired. Neurons also became suddenly out of sync with one another. Some brain cells in mice were found to have withered. Nerves became damaged. The radiation also showed the potential to disturb the sacrosanct blood-brain barrier and, according to the DIA, resulted in “the alterations of brain function.” The most common symptoms reported in humans who had been exposed to microwaves for long periods of time sounded familiar: headache, fatigue, perspiration, dizziness, insomnia, depression, anxiety, forgetfulness, and lack of concentration.

There is still ongoing debate about whether microwave attacks explain everything that has happened to American diplomats and spies. Two new articles published this week offer more details on the experiences of some of the victims. A NY Times piece focuses on the U.S. citizens who became ill after attacks in China:

Mr. Lenzi, who has an extensive background working in the former Soviet Union, said classified material pointed to the country that had carried out the attacks, but the State Department denied him access to the documents.

Top officials “know exactly which country” was responsible, Mr. Lenzi said, adding that it was not Cuba or China but another country “which the secretary of state and president do not want to confront.”

The first person to fall ill in China, a Commerce Department officer named Catherine Werner, who lived next door to Mr. Lenzi, experienced vomiting, nausea, headaches and dizziness for months before she was flown to the United States in April 2018.

According to a whistle-blower complaint filed by Mr. Lenzi, the State Department took action only after Ms. Werner’s visiting mother, an Air Force veteran, used a device to record high levels of microwave radiation in her daughter’s apartment. The mother also fell ill…

The State Department labeled only one China officer as having the “full constellation” of symptoms consistent with the Cuba cases: Ms. Werner, the first evacuee. In an internal letter, the department said 15 others in Guangzhou, Shanghai and Beijing had some symptoms and clinical findings “similar to those” in Cuba, but it had not determined they were suffering from “Havana syndrome.”

The other piece, published today in GQ goes further and suggests that there have been more attacks on U.S. diplomats and spies including some within U.S. borders:

Two sources with knowledge of the situation—and who asked for anonymity to discuss matters that they did not have authorization to disclose to the press—told me about the ongoing attacks. In the fall of 2019, two top CIA officials, both in the clandestine service, traveled to Australia to meet with officials in that country’s spy agency. (Australia is part of the Five Eyes intelligence-sharing alliance with the U.S., the U.K., Canada, and New Zealand.) While in their hotel rooms in Australia, both of the Americans felt it: the strange sound, the pressure in their heads, the ringing in their ears. According to these sources, they became nauseous and dizzy. They then traveled on to Taiwan to meet with intelligence officials there. They felt it again while in their hotel rooms on the island.

By now, this was no longer a novel occurrence, and CIA people had come to call it “getting hit.” One senior intelligence officer in EEMC, the Center Polymeropoulos used to run, had gotten hit twice while traveling under cover, first in Poland in the spring of 2019, then again in Tbilisi, Georgia, that fall…

Then, shortly after Thanksgiving 2019, according to three sources familiar with the incident, a White House staffer was hit while walking her dog in Arlington, Virginia, a suburb of Washington, D.C. According to a government source familiar with the incident, the staffer passed a parked van. A man got out and walked past her. Her dog started seizing up. Then she felt it too: a high-pitched ringing in her ears, an intense headache, and a tingling on the side of her face.

According to the source, this had happened to the staffer before. In August 2019, she had accompanied John Bolton, who was then the national security adviser, on a trip to London. The staffer, whom GQ is not identifying out of concerns for her privacy, did not respond to requests for comment. According to the government source, she was in her hotel room when she suddenly felt a tingling in the side of her head that was facing the window. The intense pressure in her head was accompanied by a tinning in her ears. When she left the room, the symptoms stopped. She reported the incident to the Secret Service because it was uncannily similar to the symptoms described by American diplomats who had served in Cuba and China.

This doesn’t sound that far-fetched given that we know the Russians have been assassinating people (or attempting to) in the UK. All of the people involved in that attack on Sergei Skripal turned out to be GRU agents. If Putin is willing to kill people he considers traitors on foreign soil, why would he hesitate to use non-lethal (but life-altering) energy weapons against U.S. spies?