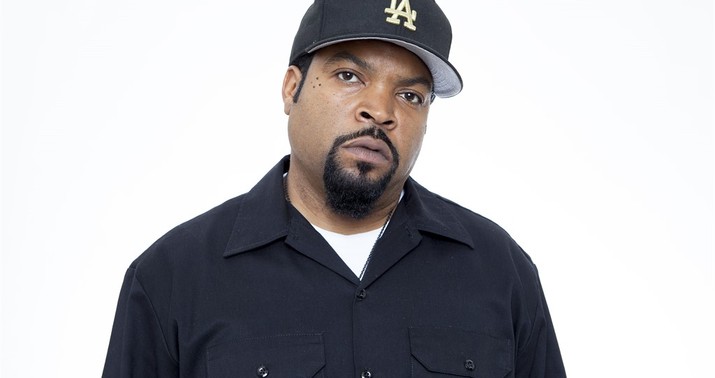 Yesterday afternoon, Trump adviser Katrina Pierson tweeted a thank you to rapper Ice Cube for his “willingness to step up and work with” the Trump administration to develop something called the Platinum Plan.

Ice Cube has gotten in trouble earlier this year on Twitter for some anti-Semitic tweets and for defending Louis Farrakhan after Jake Tapper correctly called Farrakhan a “vile anti-LGBTQ anti-Semitic misogynist.” But none of that compared to the shocked reaction to the suggestion that Ice Cube, one of the people behind the anthem “F**k the police,” was working with the Trump administration:

Is it Ice Cube or Snowflake? I can’t remember now.

Hearing that Ice Cube — one of my favorite rappers from the early 90s — is a trump supporter…is crushing.

Ice Cube putting on the red hat is about to break me.

Three days ago, Ice Cube put out a video (which has been viewed nearly 700,000 times) in which he said everyone has been down on him for not getting on board the Joe Biden campaign. “I don’t trust none of them. No president has done right by us,” he said. He went on to say that he’d been making contacts with people and that the Democrats had “been nice.” “They got every black celebrity on their team so they just figure, tell Cube to shut the f**k up and vote,” he said. But he said he has been pushing his program, called the Contract with Black America, on everybody.

“We also met with the Republicans, they brought us in. We talked to them. They’ve moved their agenda a lot because of what we said. They put $500 billion dollars on the table,” he said.

Nothing he said in the video suggested he was joining the Republicans in any significant way but he did say he felt part of the problem was that black Americans had been too “one sided” and that he wanted to “hold everybody’s feet to the fire.” Here’s the clip, which again was published on Sunday:

Today, Cube sent out two tweets explaining once again what happened for those who’d missed it:

Facts: I put out the CWBA. Both parties contacted me. Dems said we’ll address the CWBA after the election. Trump campaign made some adjustments to their plan after talking to us about the CWBA.

The second tweet responded directly to one of his disappointed fans saying “Our justice is bipartisan.”

Every side is the Darkside for us here in America. They’re all the same until something changes for us. They all lie and they all cheat but we can’t afford not to negotiate with whoever is in power or our condition in this country will never change. Our justice is bipartisan. https://t.co/xFIXXpOs8B

There’s clearly a ton of pressure on black celebrities to, as Ice Cube said, “shut the f**k up and vote” for Biden. But for celebrities who are actually willing to talk with the Republicans find there’s actually more of a positive response than they probably expected. Here’s how one person on Twitter put it:

Ice Cube got red pilled when he sent his plan to the Democrats and they brushed him off.

Then he sent it to the Republicans and they booked a meeting.

Real life experience will wake you up faster than anything!

I’m sure some will say that’s only because Trump wants to win over black voters. Well, duh! That’s how politics works. Politicians want support and you make a deal with them to represent your interests.

I can’t say I’m a huge fan of Ice Cube’s music and I’m definitely not a fan of his apparent fondness for Louis Farrakhan but I do have some respect for the fact that he’s standing up to the pressure to fall in line. If nothing else, he’s sending the message to a lot of black voters that they can get a hearing and even some support from Republicans even sometimes when they can’t get it from Democrats. If that idea catches on Democrats are really in trouble.

Biden Tells a Bold-Faced Lie in Texas, Then Tops It Off With a Whopper of a Gaffe