Riot damage could total $2 billion, the most expensive civil disorder in recent history 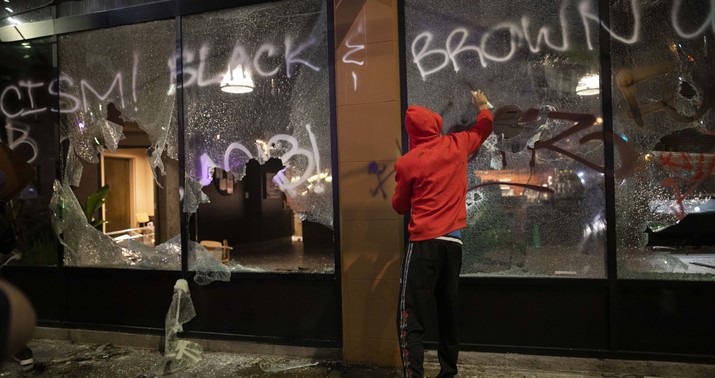 The media loves to say that most of the protests in the wake of George Floyd’s death have been peaceful (or mostly peaceful). That’s true according to a report highlighted by the Washington Post, but the 7 percent or so that haven’t been peaceful have created the most expensive civil disorder in recent history.

A company called Property Claim Services (PCS) has tracked insurance claims related to civil disorder since 1950. It classifies anything over $25 million in insured losses as a “catastrophe,” and reports that the unrest this year (from May 26 to June 8) will cost the insurance industry far more than any prior one.

For comparison purposes, the Rodney King riots in LA did about $1.4 billion in damage in adjusted dollars. So it looks like these riots will be worse than that.

Axios also compared the riot damage to natural disasters. For instance, wildfires have already done an estimated $1.5 billion dollars in damage this year but in previous years the totals for wildfire damage have been between $15 to $18 billion. Damage from Hurricane Isaias this summer is estimated to total $3 to $5 billion. So I guess the rioters can argue that they’re a lot less destructive than wildfires and somewhat less than a category 1 hurricane.

Of course this may not be over yet.

We’ve already seen predictions that more rioting might happen if Trump wins reelection. There were violent protests/riots in 2016 and there’s every reason to think this November would be much worse. If Trump wins, riot damage could leave Hurrican Isaias in the dust.

The damage in some cities is substantial. The shooting of Jacob Blake in Kenosha happened about 3 1/2 weeks ago. Today the fire chief said fire losses from the riots in the week after the shooting have exceeded $11 million dollars.

Fire Chief Charles Leipzig told the Police and Fire Commission on Tuesday that the total fire loss in the days immediately after the Sunday, Aug. 23, incident reached more than $11 million — to be exact, $11,119,615.

It’s safe to say it’s been a most challenging time for everyone, Leipzig said.

“It’s been a very difficult past month,” he said. “We have a record fire loss and some injuries as a result of the current events. … You’re looking at $11 million in fire loss. To put into context, that’s three years of fire loss for us in the span of about a week. And we also sent some people to the hospital. It has not been a very pleasant month.”

I think the real question is whether things will really go back to normal. Maybe they will if Biden wins the election, thereby giving the left what it wants. Remember how the anti-war movement vanished overnight when Barack Obama was elected? Or maybe we’ll get a coronavirus vaccine and the economy will pick up and people will have less time to join riots. But the far left has embraced this behavior and defended it. Local DAs have been letting most of the people arrested go free (though the feds are another matter). Still, most of the people involved in this behavior have gotten away with it. What would make them stop now?

Unlike Biden, Trump didn't profit from his office: Jeff Carlson's list of what Trump's tax returns REALLY show is SO BAD for Dems

Project Veritas: Massive ballot-harvesting election fraud in Minneapolis — tied to Ilhan Omar; Trump: Does DoJ have this under review?

“The DFL knows everything. They just want the numbers.”