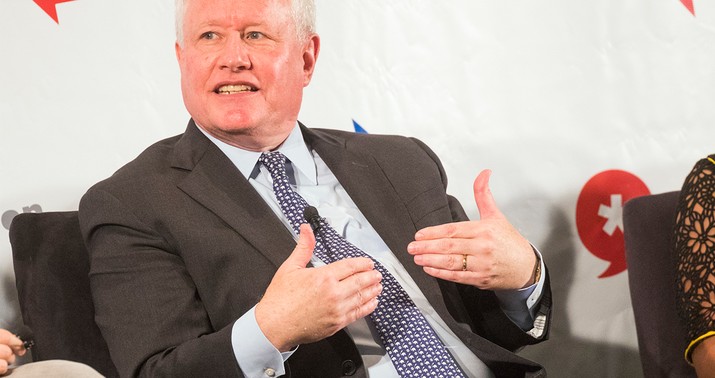 Today the Washington Post published a piece headlined, “What’s the worst that could happen?” A law professor at Georgetown University named Rosa Brooks decided to game out what the worst possible outcomes for the 2020 election might be and her conclusion is that we should probably expect street violence and a constitutional crisis. But as you’ll see in a moment, the methodology behind this determination is a bit suspect.

We explored the four scenarios experts consider most likely: a narrow Biden win; a big Biden win, with a decisive lead in both the electoral college and the popular vote; a Trump win with an electoral college lead but a large popular-vote loss, as in 2016; and finally, a period of extended uncertainty as we saw in the 2000 election.

With the exception of the “big Biden win” scenario, each of our exercises reached the brink of catastrophe, with massive disinformation campaigns, violence in the streets and a constitutional impasse. In two scenarios (“Trump win” and “extended uncertainty”) there was still no agreement on the winner by Inauguration Day, and no consensus on which candidate should be assumed to have the ability to issue binding commands to the military or receive the nuclear codes. In the “narrow Biden win” scenario, Trump refused to leave office and was ultimately escorted out by the Secret Service — but only after pardoning himself and his family and burning incriminating documents.

By this point you’re probably wondering how they came up with the specifics of these various scenarios. Is this a computer simulation? No, in fact, it’s more of a role-playing game with people chosen to represent the choices made by the two campaigns. Obviously then, the validity of this game is going to come down to how accurately those individuals act out what their real-world counterparts might actually do. But fear not, this war game scenario reached out to real experts:

For obvious reasons, we couldn’t ask Trump or Biden — or their campaign aides — to play themselves in these exercises, so we did the next best thing: We recruited participants with similar backgrounds. On the GOP side, our “players” included former Republican National Committee chairman Michael Steele, conservative commentator Bill Kristol and former Kentucky secretary of state Trey Grayson. On the Democratic side, participants included John Podesta, chair of Hillary Clinton’s 2016 presidential campaign and a top White House adviser to Bill Clinton and Barack Obama; Donna Brazile, the campaign chair for Al Gore’s 2000 presidential run; and Jennifer Granholm, former governor of Michigan. Other participants included political strategists, journalists, polling experts, tech and social media experts, and former career officials from the intelligence community, the Justice Department, the military and the Department of Homeland Security.

I wasn’t familiar with Trey Greyson (you can check out his bio here) but I’m obviously familiar with Michael Steele and Bill Kristol. These were the people picked to represent the Trump administration. Steele recently wrote, “Instead of fighting for that future, Republicans gave credence to a man who traffics in conspiracies, fear, racism, xenophobia, misogyny, and believes that he can rewrite the Constitution in his own image.” Not a fan I think it’s fair to say.

As for Bill Kristol…

“House and Senate Republicans are not helpless bystanders in the Trump travesty. They protected him from criticism, enabled his antics and amplified his most egregious lies…It really is not possible to give the rest of the party a clean bill of health.” https://t.co/UfvJKrkATI

Perhaps you’ve heard the phrase garbage in, garbage out? Having the “all Republicans must go” guy play the role of team Trump is like asking AOC to represent Joe Biden in a simulation of the Democratic primary. The outcome is surely going to be heavily biased by the contempt the players hold for their team. And so, sure enough, the outcome of the game was a disaster:

In each scenario, Team Trump — the players assigned to simulate the Trump campaign and its elected and appointed allies — was ruthless and unconstrained right out of the gate, and Team Biden struggled to get out of reaction mode. In one exercise, for instance, Team Trump’s repeated allegations of fraudulent mail-in ballots led National Guard troop to destroy thousands of ballots in Democratic-leaning ZIP codes, to applause on social media from Trump supporters. Over and over, Team Biden urged calm, national unity and a fair vote count, while Team Trump issued barely disguised calls for violence and intimidation against ballot-counting officials and Biden electors.

I’m genuinely surprised they didn’t claim Trump tried to launch a nuke at Biden’s house. Maybe they did and someone pulled them back. In any case, this next bit is especially galling since it relies totally on an inversion of present reality:

In every exercise, both teams sought to mobilize their supporters to take to the streets. Team Biden repeatedly called for peaceful protests, while Team Trump encouraged provocateurs to incite violence, then used the resulting chaos to justify sending federalized Guard units or active-duty military personnel into American cities to “restore order,” leading to still more violence.

The far left has been holding “mostly peaceful protests” for three months. Democrats are clearly worried about that and so have been blaming Trump for inciting that violence even though all of the people actually engaged in the chaos despise Trump as much as Bill Kristol does. The bit about sending in the Guard to “restore order” is a leftover from the progressive/media consensus about Trump sending federal police into Portland. These folks might want to update their talking points because the feds agreed to leave Portland more than a month ago. And contrary to predictions in the media, having them leave did not improve the situation. Since then the number of riots in Portland has more than doubled. The mayor just announced he was moving for the safety of his neighbors after rioters set a fire on the ground floor of his high-rise.

Eventually the article does point out that in the one scenario where Trump wins, Democrats don’t behave any better:

In the “Trump win” scenario, desperate Democrats — stunned by yet another election won by the candidate with fewer votes after credible claims of foreign interference and voter suppression — also sought to send rival slates of electors to Congress. They even floated the idea of encouraging secessionist movements in California and the Pacific Northwest unless GOP congressional leaders agreed to a series of reforms, including the division of California into five smaller states to ensure better Senate representation of its vast population, and statehood for D.C. and Puerto Rico.

Look, people are free to hold whatever views they want of President Trump. I’m not begrudging people their partisan biases because we all have those. But asking people who openly despise Trump to predict his future behavior is obviously asking for that bias to taint the results in a way that renders the entire game pointless.

Biden Denies the Existence of Antifa and Refuses to Condemn Them, Americans Respond

Remington To Be Broken Up, Sold

Sen. Ted Cruz wallops James Comey (after getting him to throw McCabe under the bus)

No, Brad Parscale didn’t try to “steal” tens of millions from the Trump campaign

Luntz: For first time ever, undecideds in debate focus group decided not to vote at all

“Trump is doing to Biden what Biden did to Paul Ryan.”

Scarborough to Biden: Don’t do any more debates if Trump can’t behave

Biden spox: You better believe we’ll show up for the next two debates — but we want new rules

“Get out of your bunker”?

And waffling on releasing the transcripts too?

” I don’t know if he didn’t hear it, but he’s got to clarify that right away.”