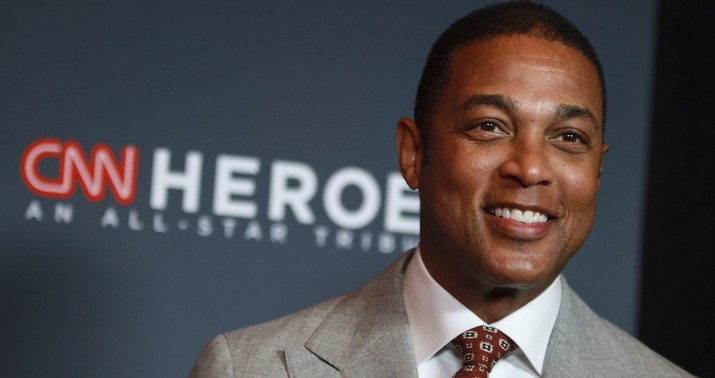 This has been bothering me all day so I might as well write about it. Earlier Ed wrote a very good piece about the argument between CNN’s Don Lemon and actor Terry Crews. What bothers me about it is what I see as a very disingenuous point Lemon makes the moment Crews mentions crime in black neighborhoods. Lemon is eager to say this is a completely separate issue.

But that’s not what Black Lives Matter is about. It’s not an all-encompassing. So if you are talking about — if someone started a movement that said cancer matters, and then someone comes and says, why aren’t you talking about HIV? It’s not the same thing. We’re talking about cancer.

Maybe it was obvious to you when you heard this but it took a while for me to see the way Lemon was cheating using this little analogy. Lemon is saying that if you start a group about cancer, you shouldn’t be blamed for not talking about HIV too. Fair enough. But that’s not really a fair comparison to what we’re seeing with the Black Lives Matter movement, not at all in fact.

Black Lives Matter started as a hashtag after the trial of George Zimmerman for the death of Trayvon Martin. Zimmerman wasn’t a cop. It really took off after the shooting of Mike Brown. In both cases the claim being made was that the deaths were unjust. The name of the movement is Black Lives Matter not “Defund Police” because the impetus behind it was the simple idea that black people’s lives weren’t being valued highly enough by the police or society as a whole. It was a call for more respect for the inherent value of those lives.

George Floyd was an especially stark case because we watched a black man warning that he was in danger while four police officers kneeled on his neck and back (despite the fact he was handcuffed and posed no threat). Even if you believe some other factor contributed to his death, the fact remains that the officers didn’t seem to value his life enough to pay attention to his obvious distress until it was too late. Black Lives Matter is meant to be a rejoinder to that lack of respect for his life.

So when Don Lemon says, in effect, that the shooting of 8-year-old Secoriea Turner or 13-year-old Amaria Jones or 10-year-old Lena Nunez is a separate issue, I have to call BS. The moral center of this is the idea that black lives should be valued more highly than they have been. You can’t lay claim to that high ground and then say the murder of half a dozen black children is a separate issue because no cops were involved.

No cops were involved in the death of Trayvon Martin either. Should we stop talking about that? I don’t think Lemon would agree but that’s the distinction he’s trying to make here, i.e. that it’s a separate issue. But is it really?

The shooting of Secoriea Turner happened at a blockade put up by protesters near where Rayshard Brooks was shot. We don’t know who was responsible for her death but there’s reason to think they might have been BLM protesters. That’s why Atlanta Mayor Keisha Lance Bottoms pointed to the irony of Turner’s death and all of the other shootings in a city focused on the idea that Black Lives Matter: “We’ve had over 75 shootings in the city over the past several weeks,” Bottoms said. “You can’t blame that on APD,” she added.

When 3-year-old Mekhi James was shot in Chicago last month, Rev. Ira Acree made almost the same point. “It would be an ultimate contradiction to march for justice for George Floyd and not say a word about a 3-year-old who can’t defend himself or speak for himself,” Acree said. He added, “Don’t miss the point. we say Black lives matter. Black babies’ lives matter more.”

I’m hammering this point because I want it to be clear that it’s not just me, a white conservative guy saying this. Black men and women who are leaders in these cities are saying it too. It’s not a separate issue. It can’t be. Either black lives are valued highly (as they should be) or they are not. You can’t be outraged enough to burn down a city over George Floyd’s death and then shrug off the death of innocent children as someone else’s problem just because the killers aren’t white cops.

And that brings us back to Don Lemon. His analogy is misleading because it skips over all of this. A more accurate analogy would be this. Someone starts a group called Cancer Matters and then only talks about brain cancer. If you get brain cancer, they are there for you because cancer matters. They will raise money for you and talk about you in the media. However, if you get bone cancer or liver cancer or skin cancer or any other type of deadly cancer, the Cancer Matters people won’t do any of those things because it’s not brain cancer.

If that’s the case then the group just needs to change it’s name. You can’t march around shouting “Cancer Matters!” and raising money for that cause and then ignore 90 percent of the cancer deaths as outside your purview. It’s incoherent.

And that pretty much sums up my view of Don Lemon too.