China to US: Keep pushing us on human rights and the trade deal will suffer 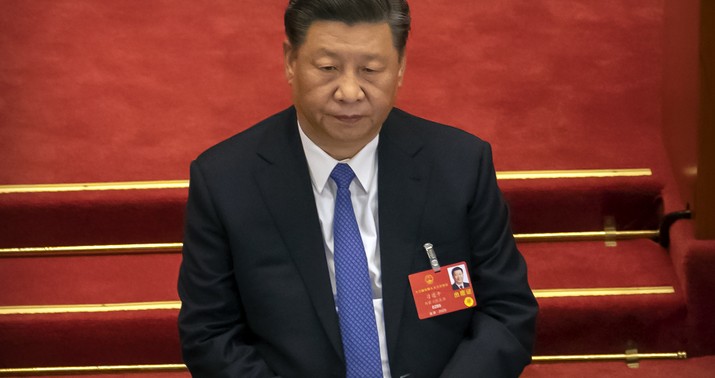 It was always going to come down to this at some point. The Wall Street Journal reports that China has begun delivering a clear message to the U.S. Either we let them have their way in Xinjiang, Hong Kong and Taiwan or we can kiss the Phase One trade deal goodbye.

Chinese leaders have accused Washington of meddling in areas such as Hong Kong, where China is imposing a sweeping national-security law, and Taiwan, which Beijing considers as part of China. On Thursday, the U.S. Senate passed by unanimous consent a bill that would put sanctions on Chinese officials, businesses and banks that undermine Hong Kong’s limited autonomy from Beijing.

During a meeting with Secretary of State Mike Pompeo last week in Hawaii, China’s top diplomat, Yang Jiechi, listed such actions, according to Beijing’s official account of the meeting, as well as China’s “strong dissatisfaction” with a bill President Trump signed last week mandating sanctions against Chinese officials and entities deemed responsible for mass detention of Uighur Muslim in China’s northwestern Xinjiang region.

While Mr. Yang reiterated Beijing’s commitment to carrying out the trade deal, he stressed that both sides had to “work together,” said people familiar with the conversations. A Chinese official said that meant “the U.S. side should refrain from going too far with meddling.” The official added, “Red lines shouldn’t be crossed.”

The Chinese position was summed up this way by an analyst:

“You can’t keep asking us to buy your stuff and at the same time keep beating up on us,” said Mei Xinyu, an analyst at a think tank affiliated with China’s Commerce Ministry. “That’s not how it works.”

But it appears, at least for now, the U.S. isn’t interested in continuing to wink at China’s authoritarian expansionism. On Wednesday of this week, national security adviser Robert O’Brien said the days of American passivity toward China were over.

“Together with our allies and partners, we will resist the Chinese Communist Party’s efforts to manipulate our people and our governments, damage our economies, and undermine our sovereignty,” Mr. O’Brien told a small, socially-distanced audience of more than two dozen business executives at the Arizona Commerce Authority. “The days of American passivity and naivety regarding the People’s Republic of China are over.”

Mr. O’Brien condemned Beijing for intellectual-property theft, its crackdown on human rights, its aggressive expansionism, its “coverup” of the coronavirus pandemic’s origin in Wuhan province, its use of social media in propaganda and misinformation campaigns, and the ideology that drives it all. China, Mr. O’Brien said, is making an alarming play for a more dominant role at other nations’ expense.

China is clearly in an expansionist mood right now. Not only did it pass a new law making it a crime to oppose the mainland government in Hong Kong, it is also doubling down on efforts to claim new territory along its border with India. After brutal hand-to-hand fighting that left 20 Indian soldiers and an unknown number of Chinese soldiers dead, China has now fortified its position according to new satellite photos.

Satellite imagery from the Galwan Valley on June 22nd shows that 'disengagement' really isn't the word that the government should be using. This gif shows the small outpost that sparked the June 15th clashes. It has grown hugely in size. Indian troops aren't dismantling this one. pic.twitter.com/8Q78ftr3uW

This is the dangerous game China is playing right now. Xi Jinping clearly feels emboldened by the worldwide coronavirus crisis. Unless and until China meets some resistance, it is going to continue trying to expand its power over people and territory. That’s too high a price to pay for a few tons of soybeans. But it is an election year, so the temptation to go along and get along will be pretty strong for the next few months.