NY Times: The only way to defund the NYPD is to reduce the number of officers and staff 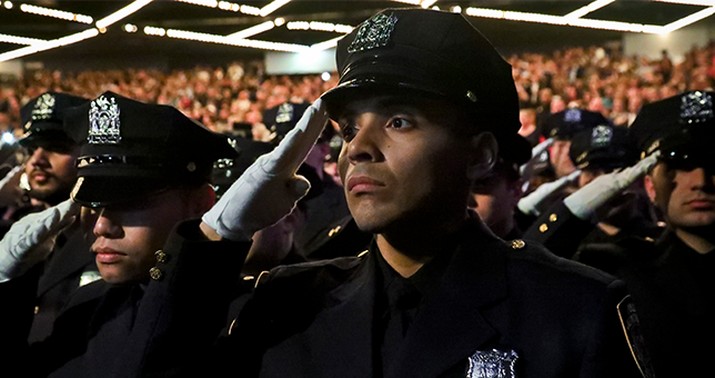 With “Defund Police” becoming one of the main slogans of the Black Lives Matter protests around the country, many progressive news outlets rushed to explain that the slogan didn’t mean what it sounded like. In fact, defunding the police really just meant cutting their budget so the money can be spent on other priorities.

But a NY Times’ review of the city’s spending on the NYPD, the nation’s largest police force, shows that the police operating budget is a fairly small portion of the city’s overall budget, just 6 percent. In addition, nearly all of that money goes to salaries for officers and other personnel. Therefore the only way to cut the budget by any significant amount is to reduce the number of officers.

In its 2019 fiscal year, the Police Department spent nearly $6 billion, which amounted to about 6 percent of the city’s $95 billion total spending.

Nearly 90 percent of the department’s spending went toward paying personnel, including salaries, overtime and other benefits like shift differentials for more than 36,000 uniformed and 15,000 civilian positions. The average base pay for officers was nearly $69,000, but with overtime and additional pay, they could take home more than $90,000. For some higher ranks, total pay reached more than $200,000…

If a proposal is approved that cuts the department’s budget substantially, then regardless of where such cuts appear, they will almost certainly require significantly reducing the number of officers and staff on payroll.

The Times looks at three different proposals to make cuts to the NYPD, including one proposed by a group called Communities United for Police Reform which would cut more than a billion dollars from the $5.6 billion budget. You can read the full proposal here but the NY Times offers this summary of their plan:

This would cut thousands of officers immediately and gradually reduce the force by thousands more through the hiring freeze. Also, forcing the NYPD to deduct more than $250 million in settlements from their budget would force the remove of thousands more officers.

Particularly hard hit in this proposal would be New York’s subways. The plan recommends cutting 500 MTA officers. It states, “We do not need more police in the trains, we need improved train service and affordable public transit.” So what happens when the homeless turn the trains into their private homes or robbers go through the trains stealing from people? Is having no police on hand going to improve train service?

As for removing all officers from schools, the reasoning offered in the proposal is that these officers make students feel bad: “Walking into school should not feel like walking into a jail or prison, and, yet, that’s what many young people feel when they go through metal detectors, are being hand-wanded, or when they encounter school safety agents in their halls.” So if we get rid of the officers and the metal detectors, what happens when students bring guns or knives to school? Or worse, what happens when a school shooter shows up at a NY school? I suspect many New Yorkers won’t be thrilled to learn the money has been redirected to social workers when shots are being fired inside their child’s school. A professor of criminal justice sums up these proposals:

Maria Haberfeld, a professor at John Jay College of Criminal Justice who studies law enforcement, said that the current proposals for New York do not have enough expert input. In her view, fewer officers would result in slower response times to violent crime, while not addressing underlying issues. “These proposals are utopian at best, if I want to be positive about it, and if I want to be more negative, are just ridiculous,” she said.

Defund police is a dumb slogan and proposals to cut police forces by a significant percentage seem like a terrible idea. I don’t live in New York City so it’s not my decision. Also, if it goes terribly wrong, none of the consequences will impact me. So if New York residents want to run this real-world experiment, they should do it. Let’s see if this new far-left reform proposal results in a better city and less crime.

Success! California protects Uber drivers by … costing them their jobs

“Much smaller service, much higher prices.”

“[S]ports can be conducted safely and in concert with the best interests of their well-being.”