AMC theater chain warns it may not survive 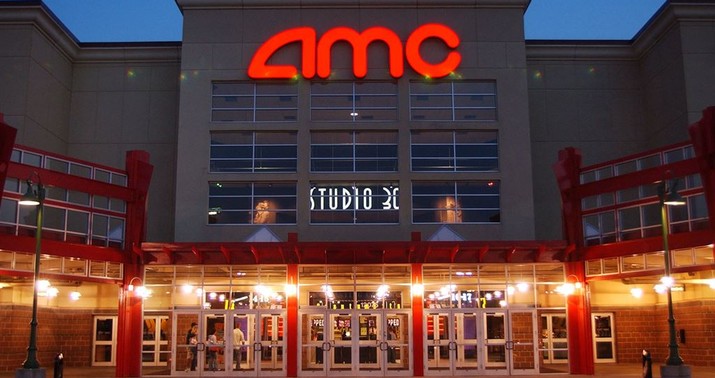 Back in mid-March, Regal Theaters announced they would be closing down operations because of the coronavirus and I was worried that it could be the end for some chains. Today, AMC Theaters, the nation’s largest chain announced that it might not survive if shutdowns continue for much longer.

All of AMC’s theaters are shut down through June, which means the company isn’t generating any revenue. AMC said it had enough cash to reopen its theaters this summer, as it plans to do. But if it’s not allowed to reopen, it will need more money, which it may not be able to borrow.

The company said that even when local governments allow theaters to reopen, AMC may still have problems if entertainment companies delay releasing new films.

“Due to these factors, substantial doubt exists about our ability to continue as a going concern for a reasonable period of time,” AMC wrote in a regulatory filing…

Cinemark, another major movie chain, plans to begin reopening U.S. movie theaters on June 19. It said in a Wednesday filing that it believes it has enough cash to last it the rest of the year, even if its theaters remain shut.

All of the theater chains are really at the mercy of two factors over which they have little control. The first is the concern patrons will have about the possibility of spreading the virus in crowded theaters. Even if they are given the okay from state and local governments to reopen, will anyone show up? I’d be tempted to go back just because I miss the experience but it would certainly be a different experience in light of the virus. It’s not really two hours of escapism if you’re thinking about the wheezy guy with no face mask in the row behind you.

The other factor theaters have no control over is distributors. Distributors put their films in theaters to make money for themselves and the producers of the film. If the audience isn’t showing up because of the virus, they will be forced to find another path to customers. That could mean a continued delay to see if audiences return or it could mean more films going directly to streaming services. Either way, the theater chains would have less product to attract movie-goers and the whole thing becomes a vicious cycle spiraling toward oblivion.

Several weeks ago I rented The Invisible Man which was still in theaters at the time. The price for an early rental was $20 compared to the $4 it usually costs to rent a streaming film. But since I was watching with my daughter it was about the same price as going to the theater. I haven’t paid that much for any film since, but I probably would if it there was a new release I really wanted to see. Bottom line: Distributors and movie fans have options we didn’t have 15 years ago.

I don’t know when the coronavirus threat will be over, either from herd immunity or a vaccine, but I’m guessing that by then many of the existing chains could be out of business. Maybe some will come back or new chains will replace them in the long run, but there’s always the chance that younger people raised on phones and ipads will be fine with the new normal. After all, ticket sales had been on a long, steady decline (since a peak in 2002) even before the virus hit. This has just accelerated that decline.

I’d still like to go back to a big movie theater to enjoy a new film. I hope we get there soon and that this business which has provided us all with a lot of good memories over the years can be saved.